The past seven days saw six new car launches in the country! 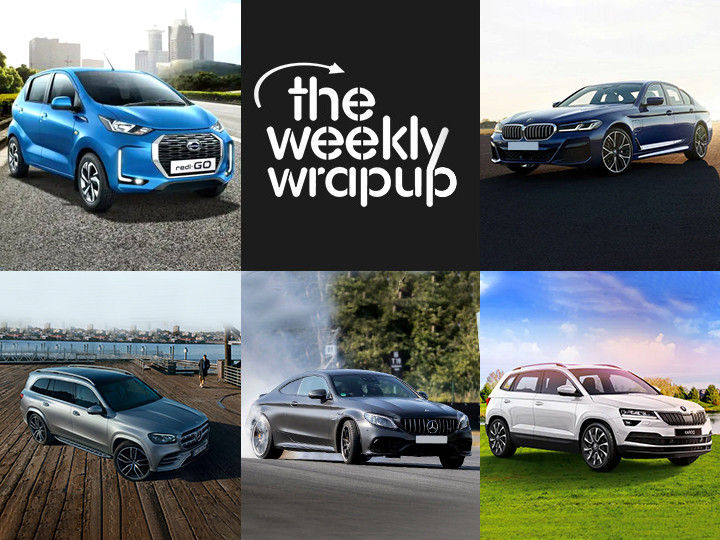 As things slowly return to normalcy, manufacturers have started launching cars in the country. The last week saw not one, not two, but six new car launches in India! That’s right, along with a few announcements as well. Here’s a look at the top five news that caught our attention:

Soon after discontinuing its BS4 cars, Skoda India launched the BS6-compliant Rapid and the facelifted Superb in the country. Further, the Czech carmaker has also tapped into the premium midsize segment with the new Karoq. All three models come with a petrol engine only. Take a closer look by tapping the links below:

Mercedes-Benz has launched not one, but two new sports cars that utilise a 4.0-litre twin-turbo V8 petrol engine. Curious? It’s the AMG C63 Coupe and the AMG GT R Sports Cars. The former is also one of a kind as it’s your last chance to buy a V8-powered C63. Click the link below to know more about these brute monsters:

The Datsun redi-GO has got its first major update in the form of a facelift. It now comes with sharper exterior design and a premium interior. Both the existing engine options have also been upgraded to meet BS6 emission standards. For prices and more information, head here.

BMW has taken the wraps off the facelifted 5 Series and 6 Series. Both models feature sharper styling elements, a slightly tinkered interior, and a handful of petrol, diesel and hybrid powertrain options. Further good news is that both these cars could reach India by the end of 2020. More details here.

Mercedes-Benz is all set to launch the 2020 GLS on June 17. The flagship SUV from Mercedes features a brand new exterior design, an opulent interior, and will come loaded to the brim with features. Interested? Head here for more information.