Mercedes-Benz Announces Its Next India Launch… 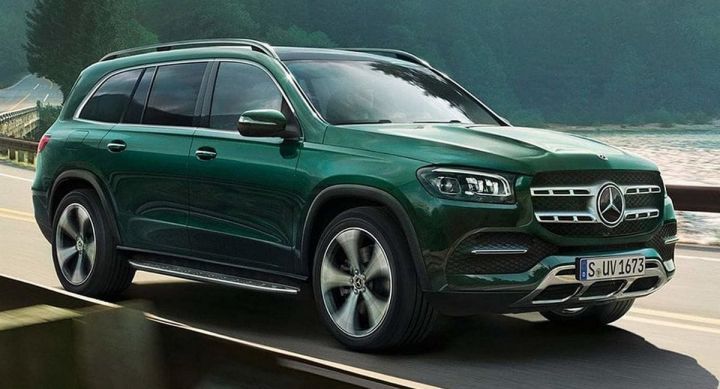 It looks like Mercedes-Benz is in no mood to slow down as it has just announced its next launch for India: the 2020 GLS. This news comes days after the carmaker launched two V8-powered sports cars: the AMG C63 and the AMG GT R. The flagship SUV from Mercedes will be launched on June 17.

The 2020 GLS is the successor to the existing model and comes with revamped styling inside out. Though the design is more rounded now, it’s still eye grabbing and the sheer size will make its presence felt. Mercedes has also retained plenty of traditional design elements like the humongous twin-slat grille, twin eye-brow LED DRLs and the sleek split-LED tail lamps.

Open the door and you’ll notice that the 2020 GLS comes with an all-new cabin that’s similar to the current S-Class. It comes with a twin screen setup that consists of a digital driver’s display and a touchscreen infotainment system. Then there’s the tasteful wood finish on the central console. The aluminum buttons and AC vents exude a sense of quality and luxury.

Also Read: Would You Rather: Buy A New Honda Africa Twin CRF1100L DCT Or An Used Audi Q5?

Though Mercedes is yet to reveal the powertrain options for the India-spec GLS, we expect it to feature the 3.0-litre V6 diesel engine that could be offered in two states on tune: 286PS/600Nm and 330PS/700Nm. The petrol variant could come with a 362PS 3.0-litre inline six petrol motor, coupled to a 48V mild hybrid system that provides a 21PS boost during hard acceleration. All engines could come with mild hybrid technology and will utilise a 9-speed automatic transmission and all-wheel drive.

Considering the hefty upgrades, we expect a hefty price tag of Rs 1 crore and above for the 2020 GLS. It will lock horns with the BMW X7. Would you like to see the Maybach GLS in India? If so, let us know in the comments section below.