The Beast From Green Hell Gets An Upgrade! 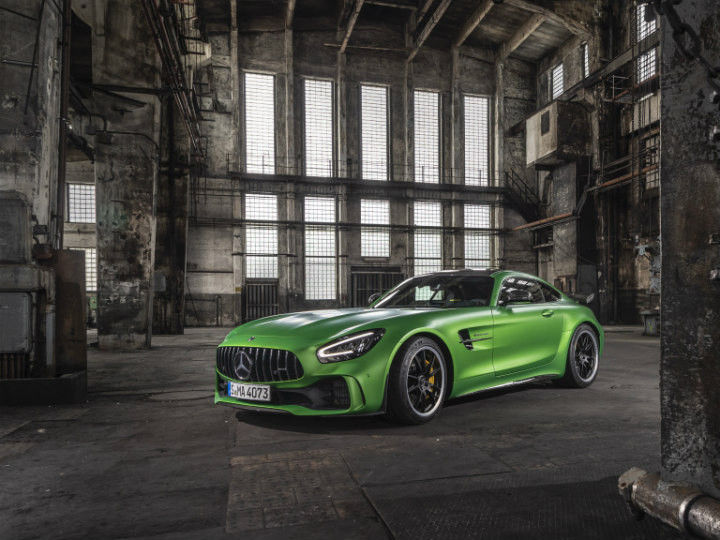 When anyone mentions an Mercedes-AMG GT, the famous GT R with a Green Hell Magno body shade comes to mind. And rightly so since it managed to set a blistering lap time of 7:10.92s at the Nurburgring circuit. It finally made its debut in India back in 2017, and now, the carmaker has given the hardcore sportscar a midlife update. It is offered at a price tag of Rs 2.48 crore (ex-showroom India), which makes it Rs 15 lakh more than its predecessor.

For those expecting a power bump, unfortunately it remains mechanically unchanged. But it still is no slouch as it draws power from the same 4.0-litre twin-turbo V8 unit found in the C 63. Here, it produces 585PS of power and 700Nm of torque. All this power is transferred to the rear wheels via a 7-speed dual-clutch transmission. Nought to 100kmph in the GT R is achieved in 3.6 seconds and it tops out at 318kmph.

Other technical highlights include a carbon fibre component in the underbody which can generate more downforce by moving downwards by 40 millimetres at speeds above 80kmph. It also gets rear-wheel steering to carry additional speed through corners.

Talking about upgrades to the GT R, let’s start from the outside. While the overall silhouette remains the same, the changes include a revised set of headlights and taillamps among other highlights such as 19/20-inch AMG forged-alloy wheels, carbon fibre accents all around and titanium exhausts.

The majority of changes to the GT R lie on the inside. Some of them include a new 12.3-inch fully digital instrument cluster as well as a new steering wheel among other updates. Other  interior highlights include a 10.25-inch touchscreen infotainment system as well as bucket seats with contrast upholstery.

While it doesn’t have a direct rival in India, it takes on the likes of the Porsche 911 GT3 RS in the international market.