The updated Rapid is powered by a BS6-compliant 1.0-litre TSI turbo-petrol engine 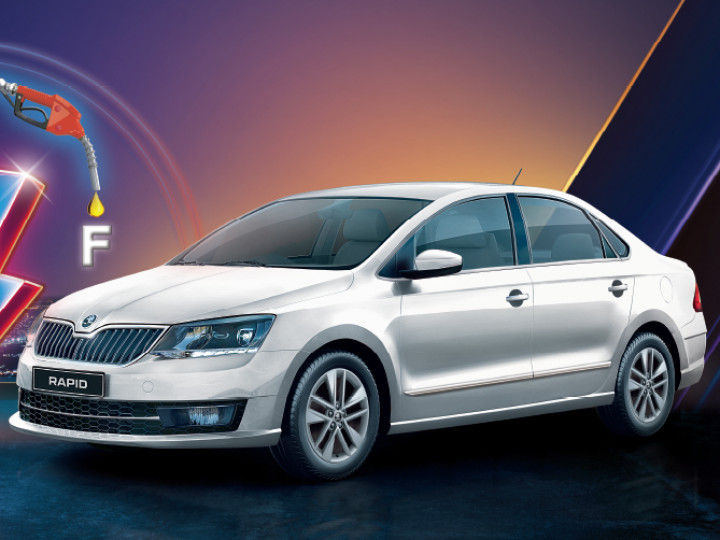 The first-ever turbocharged petrol powered Rapid for India is here! Skoda India has launched the BS6-compliant Rapid TSI at a starting price of Rs 7.49 lakh (ex-showroom). It comes in five variants and a single manual transmission at present. The automatic variant will join the lineup later. Here’s a detailed variant-wise price list:

Prices for the BS6-compliant Rapid have been increased by Rs 50,000 depending on the variant you pick. Incidentally, the Rider, Onyx and Monte Carlo limited editions are offered as standard while the base-spec Active variant has been scrapped. For details about the variant wise colour options, head here.

The main change for the Rapid is under the hood. It’s powered by a BS6-compliant 110PS 1.0-litre TSI petrol engine that replaces the 1.6-litre MPI petrol unit and the brilliant 1.5-litre diesel engine. Though the Rapid TSI is more powerful than its BS4 predecessors, it’s not as torquey as the TDI variant. Also, the quick-shifting 7-speed DSG has been traded in for a 6-speed torque converter that will join the lineup later. Here’s a detailed spec table:

In terms of features, the BS6-compliant Rapid now comes with new goodies like an upgraded 8-inch infotainment system and infrared cut windscreens and windows for blocking out harsh sunlight. It also comes with climate control, cruise control, auto-dimming IRVM, rain-sensing wipers, LED DRLs, auto up down function for all four power windows, and keyless entry. On the safety front, it comes with four airbags, ABS with EBD, rear parking sensors, and a rearview camera.

The Rapid TSI locks horns with the VW Vento BS6, Maruti Suzuki Ciaz, Toyota Yaris, Hyundai Verna, and the upcoming 2020 Honda City. Considering that the Rapid is almost a decade old, would you pick it up over its fresher rivals? Let us know in the comments below.