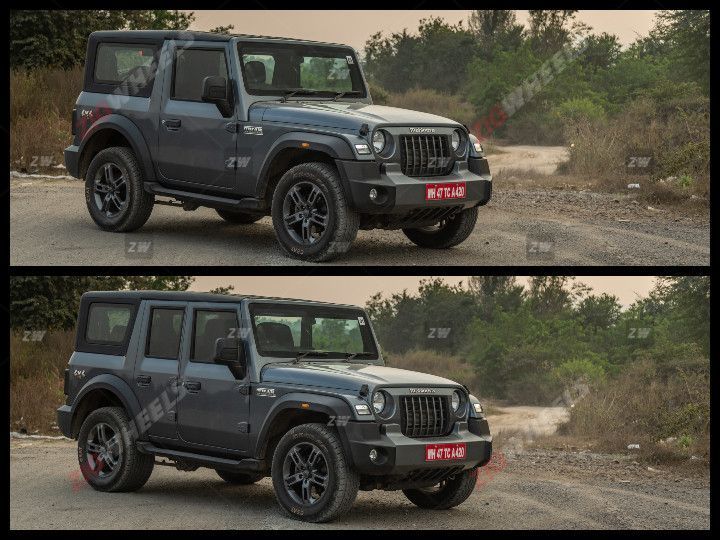 Thar fanboys are surely excited with Mahindra working on a more practical five-door version of the popular off-roader. The five-door SUV will be more capable and utilitarian than ever, despite retaining its off-road prowess and the charm of a jeep.

That said, we wanted to know what our viewers like. To find out, we conducted a poll on Instagram, and here’s what the results say:

1,646 respondents participated in the poll, of which 1,179 preferred to wait for the 5-door Thar. We guess this sweeping win is courtesy of the extra practicality quotient of the upcoming larger off-roader. An additional set of doors will make ingress and egress easier. Besides, the longer wheelbase will also result in more space for the second-row and a larger boot.

Both models will share the same 2.0-litre turbo-petrol and 2.2-litre diesel engines, but the five-door version will likely have more performance on tap. It should retain the standard 6-speed manual and optional 6-speed torque converter automatic. While it will be a four-wheel drive, a two-wheel-drive variant could also be introduced at a lower asking price.

The five-door Thar should go on sale in 2023 at around Rs 14 lakh (ex-showroom). Its traditional rivals will include the upcoming Maruti Suzuki Jimny and Force Gurkha. But it will also be an alternative to the Kia Seltos, Hyundai Creta, and Tata Harrier.