Could This Spied Test Mule Be The Swansong For The Aventador? 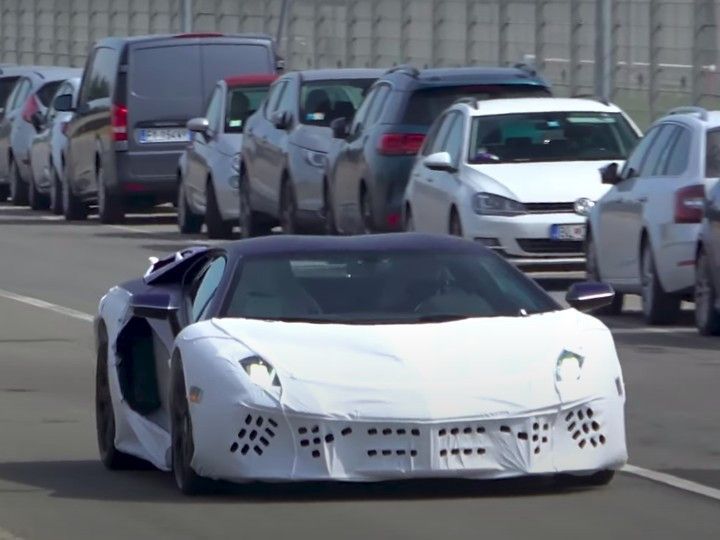 Looks like the Lamborghini Aventador may be getting its last hurrah, with a test mule now spotted in camouflage. The supercar celebrates its 10th anniversary this year, so it makes sense for a special edition before its successor shows up. It could also be one of the two V12 models Lamborghini will be introducing later this year.

The spotted mystery model looks similar to the Aventador S, barring the disguised nose, hood, side sills, fenders, and upper rear intakes. But if you look at the rear, its diffuser and exhaust setup look like a straight lift from the performance-focused Aventador SVJ. But it’s not an SVJ since it doesn’t have the hardcore rear wing.

Technical details are yet to surface, but if this truly is a swansong for the Aventador, we are guessing Lamborghini will go all the way. By that, we mean giving its 6.5-litre naturally aspirated V12 motor a bit of a performance buff. The benchmark is the Aventador SVJ at 770PS and 720Nm. It hits 0-100kmph in just 2.8 seconds, 200kmph in 8.6 seconds, and tops out at speeds exceeding 350kmph.

If this V12 model turns out to be the final Aventador, the other one might just be its successor. It should be hybridised alongside the Urus and Huracan as part of Lamborghini’s recently revealed roadmap for electrification. The folks from Sant'Agata Bolognese will offer their first-ever fully electric model by 2030.

Specific launch timelines haven’t been revealed for either of the upcoming V12s that will debut this year, but we expect the final edition of the Aventador to show up soon. The other V12 model, possibly the Aventador’s successor, may not be unveiled until the end of this year.