After several delays, Tesla is all set to kick off its India innings with the Model 3 EV from early-2021 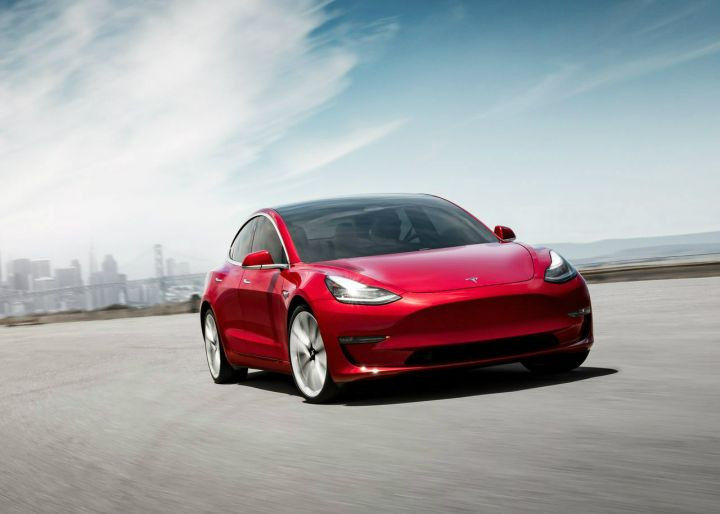 For quite some time now, there have been talks of Tesla’s plans for India. Finally, after lengthy delays, Union Minister Nitin Gadkari has confirmed the entry of Tesla into the Indian market by early-2021, possibly Q1 2021. Tesla currently has four models in its portfolio: Model S, Model 3, Model X and Model Y. The first model to be launched here will be the entry-level Model 3 electric sedan. Here’s what we can expect from Tesla’s first offering for India:

In terms of design, the Model 3 looks a lot like the Model S, but smaller. The focus here is on the overall clean silhouette with two 18-inch alloy wheel options. It also comes with an optional performance pack, so you can opt for bigger 20-inch wheels with Pirelli P Zero performance tyres, a carbon rear spoiler, and sporty pedals. It remains to be seen what all variants and configurator options Tesla will offer for the India-spec model.

The Model 3 in the US is loaded with features, with the highlight being the gigantic 15-inch touchscreen infotainment system with over-the-air updates. It also features 12-way power-adjustable heated front seats, 14-speaker audio system, tinted sunroof, and two wireless charging ports. Also, who can forget Tesla’s famous Autopilot feature. It is yet to be known whether all of these premium goodies, especially Tesla’s autonomous ride feature, will be retained.

The Model 3 is offered in three electric powertrain options: Standard Plus, Long Range and Performance. The Standard Plus utilises a rear-wheel drivetrain and pushes a claimed 423km of range on a single charge in the US. The Long Range and Performance trims utilise a dual-motor all-wheel-drive setup and deliver a claimed 568km and 507km of range. Unsurprisingly, the Performance trim is the fastest with a 0-97kmph sprint time of just 3.1 seconds and a top speed of 261kmph. The India-spec Model 3 could start off with the Standard Plus variant, with the other two trims likely to be introduced at a later date.

While a specific launch timeline is yet to be revealed, we expect the Model 3 to make its way to India around early-2021. Bookings are expected to begin from January 2021 with deliveries in late Q1 or early Q2 2021.

As things stand, the Tesla Model 3 will be a CBU import. But the carmaker is likely to set up local assemblies in the country at a later stage. Even though the Model 3 is the most affordable model in Tesla’s portfolio with prices ranging from USD 37,990 to USD 54,990 ( Rs 27.87 lakh to Rs 40.34 lakh), expect a steep price starting from Rs 60 lakh (ex-showroom).