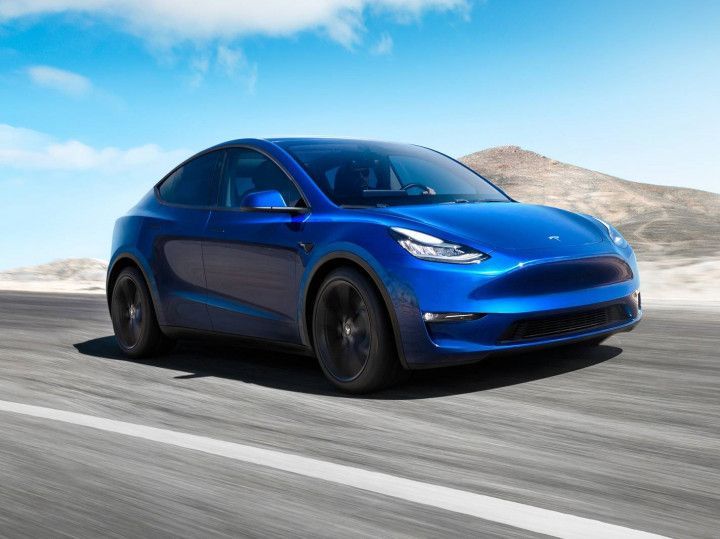 Tesla has scored yet another perfect crash test score, this time with the Model Y. Developed largely on the same platform as the Model 3 sedan, the SUV has managed to match the Model 3’s 5-star crash-test rating by the American agency, National Highway Traffic Safety Administration (NHTSA). Keep in mind that the variant tested was the Long Range AWD model with dual motors, but Tesla expects the same results for all the other variants as well.

Being an SUV, the Model Y consists of improved crash energy management in the front and rear crumple zones and side structures. This diverts the crash forces around the vehicle in a way that minimises the risk of injury to the occupants. Aside from its famous Autopilot feature, the SUV has a bunch of autonomous safety tech on board as well. This includes standard features such as automatic emergency braking, lane departure warning, forward collision warning, and blind-spot monitoring.

The Model Y also has a rollover risk of just 7.9 percent, the lowest for any SUV recorded by the NHTSA. This was calculated by parking the Model Y on a suspended platform which rotated in all directions. The probability of the vehicle rolling over is calculated by measuring its centre of gravity and moments of inertia at all positions. The Model Y’s cabin acts as a sturdy safety cell thanks to a fortified battery pack and other elements that prevent penetration into the cabin.

With the Long Range version, the Model Y offers almost 525km of range on a full charge and a top speed of around 217kmph. It is capable of seating up to 7 people and can accelerate from 0-60mph (0-96kmph) in just 4.8s. The Model Y is also available in Standard Range and Performance Range versions.

In India, the Model Y is expected to arrive by 2022. The Palo Alto-based carmaker has already registered its Indian entity under the title of Tesla India Motors and Energy Pvt Ltd and set up its first R&D centre in Bengaluru. Tesla plans to launch the Model 3 in India, most likely later this year.