The upcoming Kwid EV looks similar to the conventionally powered Kwid, but gets a redesigned front facia 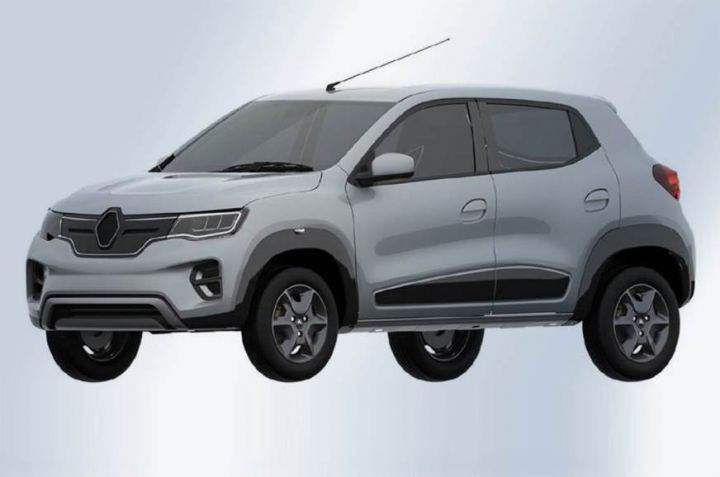 After the official unveil of the K-ZE concept just before the Paris Motor Show last year, the first leaked renderings of the upcoming Renault Kwid Electric are now out. In what looks like the first official drawings of the production version, the Kwid EV will look more like the regular petrol-powered model than the K-ZE concept showcased earlier.

However, there will be an all new front facia on the electric version and as seen in the drawings, the car gets new headlights, a new front grille as well as a revised front bumper. It also gets a different rim design than the petrol-powered Kwid sold in India. Likely to be launched in China by mid 2019, the electric Kwid will also feature a new bumper and tail lamps at the rear as well.

The EV seems to house LED headlights instead of the regular halogen bulbs seen on the Kwid. Similarly, the fog lamp housing seems to now have air vents instead, likely to cool the batteries underneath. At the rear, the bumper has been redesigned and gets a chunkier look as well. You can also notice the lack of exhaust tips here.

The interiors cannot be determined from these drawings, but earlier spy shots of the Kwid EV undergoing tests in China gave us a glimpse of its cabin, which now gets blue accents on the centre control and the steering wheel, representing the zero-emissions design.

Being jointly developed by Renault and Dongfeng (Renault and Nissan’s Chinese partner), the electric Kwid claims to have a range of around 250km. However, no official specs or details of its powertrain have been revealed yet. Renault is likely to begin production of the all-electric Kwid in mid 2019 in China and the car could reach our shores by 2020. Pricing could be among the biggest limiting factors for the Kwid Electric in India, and we hope by the time Renault decides to get it here, the infrastructure and battery prices are favourable enough.