While prices of lower-spec variants are unlikely to change, the mid- and top-spec trims may get dearer thanks to new features 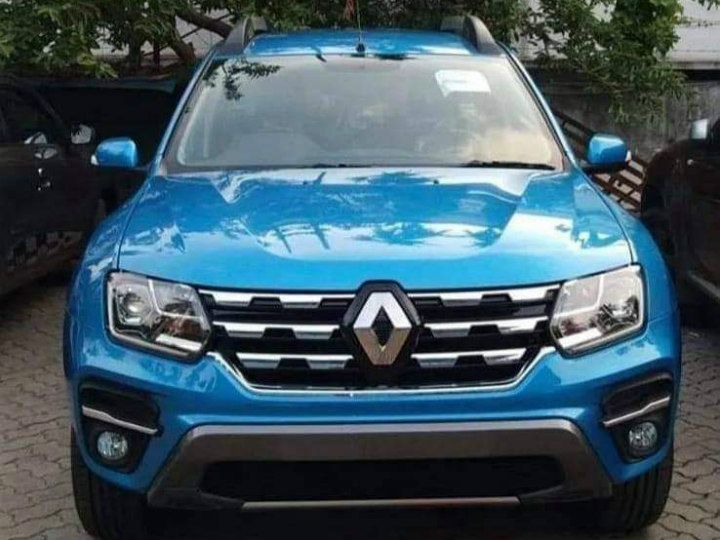 The wait for the Duster facelift will be over soon with Renault set to launch the SUV in India on 8 July 2019. Recently leaked reports have revealed that the Renault Duster facelift is expected to be priced from Rs 7.99 lakh, which is exactly the same as the current version. However, the mid to top-spec variants could get a minor price hike due to the addition of a couple of features.

We already know that the Duster facelift will receive new projector headlamps, LED DRLs and a redesigned front grille with chrome surrounds. The Duster facelift will also get new roof rails. Other cosmetic changes include a reprofiled bonnet, reworked front bumpers, black padding on the tailgate as well as new alloy wheels. To top off exterior changes, the Duster also gets a new blue shade.

Inside, the Duster facelift is expected to get new seat fabrics as well as an updated infotainment system with Apple CarPlay and Android Auto connectivity, like the 2019 Renault Kwid. The Duster is also expected to get safety features like dual front airbags, ABS, parking sensors and speed warning as standard on all variants.

Under the hood, the Duster facelift is expected to retain its 1.5-litre, 4-cylinder petrol and diesel engines. However, Renault is yet to confirm whether these engines will be BS6 compliant. The 1.5-litre petrol motor delivers 106PS of power and 142Nm of torque, whereas the 1.5-litre diesel engine is good for 110PS and 248Nm. The petrol variant is expected to continue with a 5-speed manual or CVT, while the 6-speed manual or an AMT option for the diesel is expected to be carried over too. The fate of the 85PS diesel variant is yet to be revealed in the wake of Renault likely to stop selling diesel engines in the near future after BS6 norms kick in.

Currently, the pre-facelift version of the Duster is priced in the range of Rs 8 lakh to Rs 13.1 lakh (ex-showroom India). While the Duster variant lineup is set to remain more or less unchanged, leaked reports suggest that the all-wheel drive option on the top spec RxZ variant could make its way onto the lower-spec RxS variant. Post launch, the Duster facelift will continue its rivalry with the Hyundai Creta and Nissan Kicks, among others.