BREAKING: Here’s What Ola’s E-Scooter Could Be Officially Called 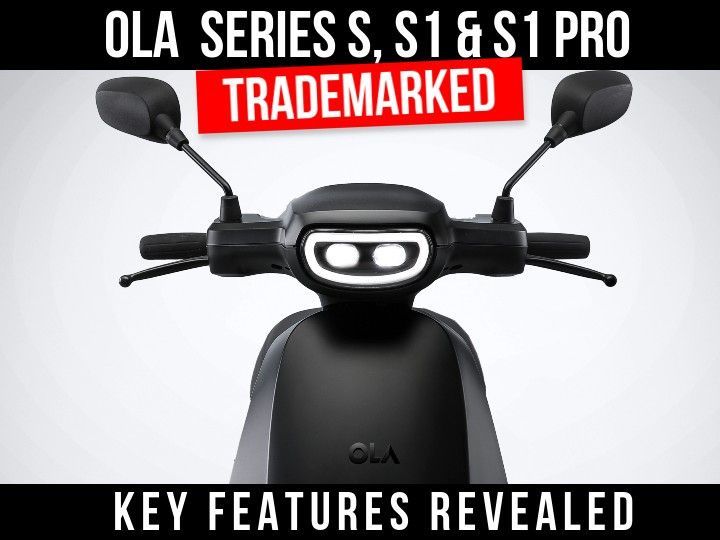 The first half of 2021 seems to be the time of Ola Electric. Why? Because in the past few months the company has sped up its plans and is almost all set to launch its first EV, the Ola Electric Scooter, whose bookings have started at just Rs 499. Moreover, Bhavish Aggarwal, co-founder of Ola Cabs, recently revealed the key features of the Ola Electric Scooter in an interesting social media post, featuring the supposed ‘advertisements’ of the e-scooter and boasting things like the biggest boot space in its class, category-leading range and app-based keyless access. All these once again hint that the launch is not too far away.

Before that, however, the e-scooter requires an official name, and Ola has recently trademarked Series S, S1 and S1 Pro, probably just for that.

Since ‘Ola Electric Scooter’ is a rather generic term, the Series S could be the official name of Ola’s first e-scooter lineup which could include two variants: the S1 and the S1 Pro. Think of it like what Apple does with the iPhone. The iPhone is the generic name while we have different models and lineups in it with different performance and features.

Similarly, the S1 and the S1 Pro could also be separated by their features and power. We think the S1 would be a less powerful variant, i.e. base variant, while the S1 Pro could get more range, more power and might even get more colours, following a recent social media post by the co-founder of Ola Cabs. Following this, the S1 Pro could indeed come at a slightly elevated price in comparison to the S1.

There’s also another theory to these trademarks. The company recently announced that the launch of the Ola Scooter was imminent and trademark filings merely months before the launch isn’t ideal per se. This could mean that Ola’s previous trademarks must’ve conflicted with some other brands, hence leading to new trademarks and new official names. The above is a speculation to bear in mind.

All things considered, it seems Ola has taken yet another step in the right direction. With the names hopefully sorted now, we hope the manufacturer prices the scooters well too. Considering the claims like 0-50 percent fast charging in 18 minutes, all-LED lighting, an almost 150km range and a digital instrument cluster, we think a price of about Rs 1 lakh would be apt.