Nissan Magnite Sub-4m SUV Prices Leaked: How Does It Fare Against Its Rivals? 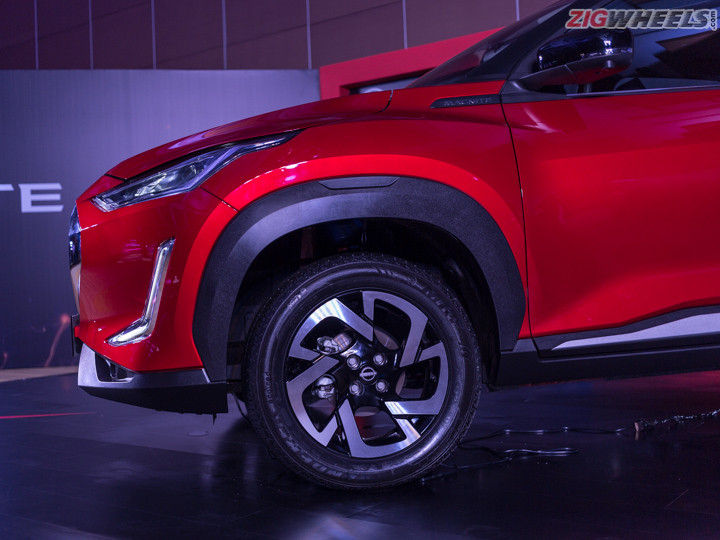 Prices for the Nissan Magnite have been leaked ahead of its launch. A snippet from what seems to be a dealer event shows the entry-level variant is priced at Rs 5.50 lakh while the top-spec model costs Rs 9.55 lakh (ex-showroom). Here’s a look at the detailed pricing:

If these prices are to be believed, the Magnite will become the most affordable sub-4 metre SUV when it goes on sale. The top-spec Turbo CVT variant, at Rs 9.55 lakh, is priced equivalent to the mid-spec variants of its rivals.

The base-spec Nissan Magnite is Rs 1.21 lakh more affordable than the cheapest sub-4m SUV, the Sonet. The top-spec Magnite, on the other hand, is up to Rs 3.44 lakh cheaper than the Sonet’s top trim which is the most expensive in the segment.

At these prices, the Nissan Magnite offers a decent bang for your buck. Sure, features such as a sunroof as well as ventilated and leather seats are missing, but the Magnite still packs a punch. It comes with an 8-inch touchscreen system with segment-first wireless Apple CarPlay and Android Auto, connected car tech, climate control, a 7-inch digital instrument display, cruise control, keyless entry with push-button start, and bi-projector LED headlamps. Opt for the Tech Pack and you get a wireless phone charger, ambient lighting, air purifier, puddle lamps, and a JBL sound system. Safety is covered by dual airbags, ABS with EBD, rear parking sensors, a 360-degree camera, a tyre pressure monitor, and electronic stability control.

The Magnite is offered with two 1.0-litre petrol engines. The base engine is a naturally aspirated unit developing 72PS and 96Nm while the other option is a turbocharged motor churning out 100PS and 160Nm. A 5-speed manual gearbox is offered as standard while the CVT is exclusive to the turbo-petrol engine.

Prices for the Magnite will officially be revealed in the coming weeks. We expect pre-launch bookings to commence soon. What do you think about the Magnite’s pricing? Could it shake up the segment? Let us know in the comments.