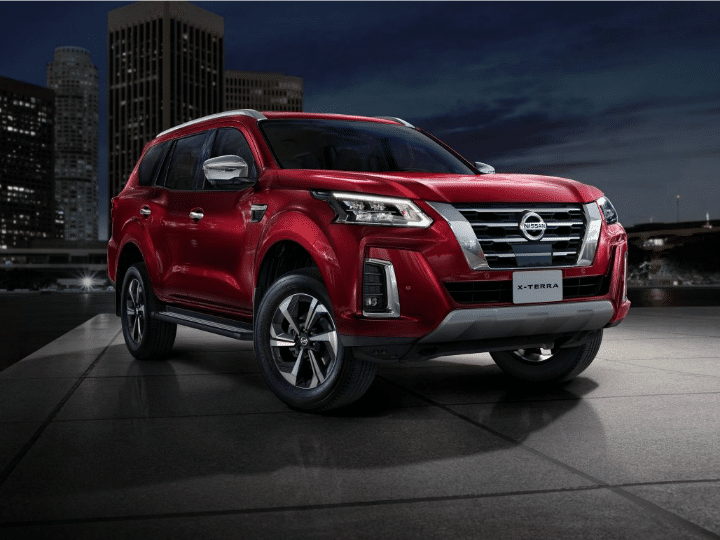 Back in 2018, Nissan had debuted a body-on-frame SUV, the Terra, in the ASEAN markets packed with enough kit to take on the likes of the Toyota Fortuner and Ford Endeavour in India. It was even under consideration for the country back then. Unfortunately, Nissan’s current roadmap for India is focused more on introducing localised vehicles. That said, the carmaker has unveiled a facelifted iteration of the Terra, now called the X-Terra, in the Middle East.

Keep in mind that while the new name is sort of a revival of the Xterra moniker which was discontinued in 2015, it is still a Terra, but with a mid-life update. And it's a pretty hefty one inside and out.

On the outside, the facelifted Terra gets a more prominent V-shaped grille, flanked by revised LED headlights with C-shaped LED DRLs and a muscular front bumper. The rear features a tweaked bumper with silver skid plates to round off the exterior.

The updates continue on the inside with an extensively revised dashboard consisting of a larger 9-inch touchscreen infotainment system with Android Auto and Apple CarPlay, a 7-inch TFT MID display, wireless charging, Nissan’s ‘Zero Gravity’ front and middle row seats, and a Bose sound system. There’s also entertainment for the rear occupants via an 11-inch flip-down screen.

Under the hood of the facelifted Terra is a 2.5-litre four-cylinder petrol engine that makes 165PS and 241Nm, paired to a 7-speed automatic transmission. Power is sent to either the rear wheels or all four wheels. But the 4WD variant gets off-road goodies via an electronic locking rear differential, brake limited-slip differential, as well as hill descent control and hill start assist. The pre-facelift model is also offered with a 2.3-litre diesel (Thailand) and a 2.5-litre diesel (Indonesia) engine in select ASEAN markets.

Overall, the facelifted Terra certainly boasts enough premiums for Nissan to unleash it in India, considering Toyota is readying the Fortuner facelift for a launch here. We still hope to see the X-Terra in the Indian market someday.