This homegrown electric supercar boasts features, which could surely position it as a proper Tesla rival 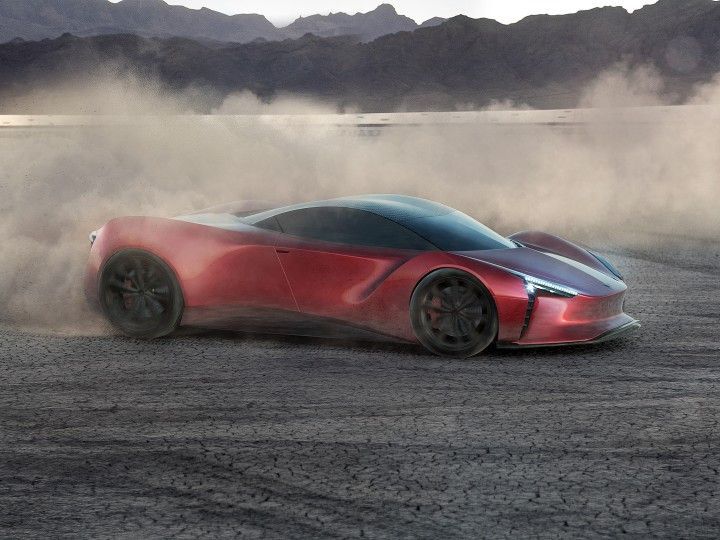 There’s a new EV maker in India in the form of Mean Metal Motors, and they’re set to enter the market with a bang, having digitally previewed the Azani electric supercar. Claimed to be the first of its kind in the country, the MMM Azani surely means business. We’ll tell you why.

While detailed technical specifications aren’t out yet, MMM claims the e-hypercar’s powertrain can dish out 1000PS and 1000Nm. That’s not all; the Azani boasts a 0-100kmph sprint time of less than two seconds and a top speed of 350kmph. The makers claim the car can return a range between 550km and 700km riding on its 120kWh battery pack.

The Azani is based on a skateboard aluminium spaceframe chassis and packs performance aids like a double wishbone suspension, adaptive dampers and torque vectoring for added cornering prowess, and ventilated carbon brakes. The braking system comes with assisted dynamic braking technology, which offers braking-related real-time data to the driver.

Sure, all these could be tall claims at this point, but the Azani certainly looks the part with a body that seems straight out of a sci-fi movie. It’s a two-door coupe with an aggressive look and swanky headlamps. The cabin hasn’t been revealed, but the carmaker says it will be up-to-the-minute interiors, with augmented reality display, memory seats, and a host of safety features like adaptive cruise control, emergency braking, blind spot detection, and lane change assist.

Mean Metal Motors plans to debut the first prototype in the second half of 2022. The carmaker says it will start at around USD 120,000 (around Rs 88.96 lakh). Yes, we have to wait till next year to see how things pan out. But if everything happens as per plan (and what the carmaker has to claim), this electric supercar could position itself as a worthy contender to Tesla, that plans to begin its India innings with the Model 3 slated for a launch later this year.