Ducati Strips Down The Panigale V4 To Crush Pikes Peak 2019 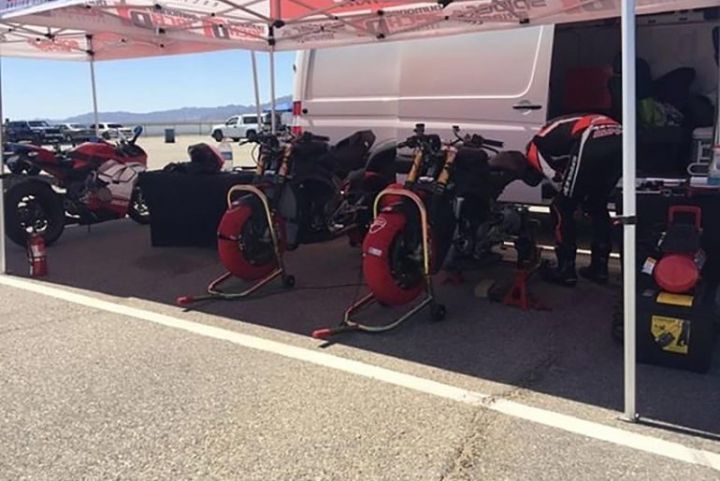 Let's be honest. The Ducati Panigale V4 set a new benchmark in the litre-class category. With its absolute bonkers amount of power and aggressive ergonomics, it is the closest thing we have to the Ducati Desmosedici GP bike. And that's where the problem lies for the majority of us. It is just too lethal to use on the streets. Hence, we'd say our demand for a more "street-friendly" naked, stripped down version of the V4 is more than justified, right?

Well, Ducati thinks so. Carlin Dunne, Ducati's rider for the upcoming Pikes Peak hill climb, was spotted testing a stripped down Panigale V4 R at Chuckwalla Valley Raceway in California. Now, we say stripped down and not naked, because the bike in question was literally sans any type of fairing or headlights. This could mean that the test mule might be an early prototype of either a new Monster or a naked V4. Our bet is on the latter.

Coming to the 2019 Pikes Peak annual hill climb event, Carlin Dunne will be racing in the exhibition class on a mystery bike. Why exhibition class? Because the event has banned the use of superbikes or any motorcycle which doesn't come with a single-piece handlebar. The exhibition class allows for some flexibility on those rules. From the images, we can see that the test mules have been fitted with a handlebar that attaches to the triple clamp.

It is still too early to tell how the prototype will shape up. With the 2019 Pikes Peak event exactly two months away (30 June 2019), Ducati has some time to tinker things around. But no matter what they come up with, it's safe to say the Bolognese folks are determined to hold on to their title as the makers of the fastest two-wheeled machine up the hill.