Mercedes-Benz India Will Have An Action Packed 2021, With 15 Launches Planned

The launches will include facelifts, generational updates as well as new products 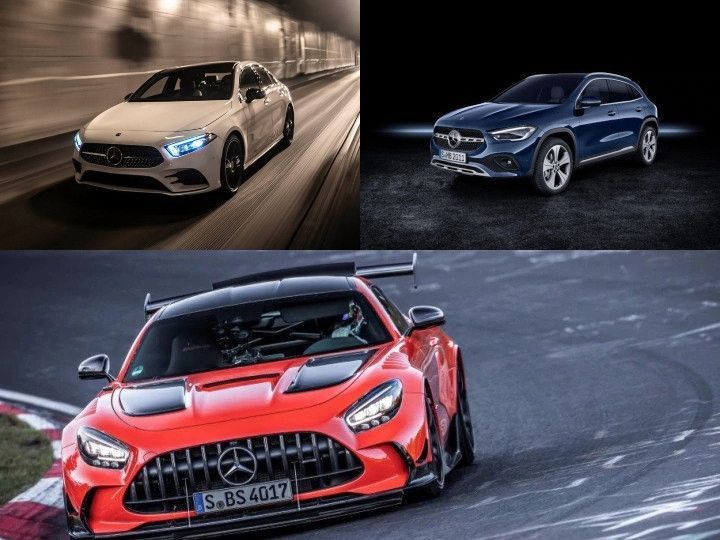 Despite the disruption caused by the COVID-19 pandemic, Mercedes-Benz had a fairly busy 2020, launching up to 10 models in the country. But 2021 is set to be even busier, as the carmaker has laid out a roadmap consisting of 15 product launches. This includes facelifts, generational updates as well as new products. Here’s more about what’s in the pipeline:

Making its debut in Auto Expo 2020, it was meant to go on sale last year before COVID-19 disrupted proceedings. The A Class Limousine will be the carmaker’s entry-level model and will be offered in both standard and sportier AMG guise. The latter may be a locally assembled model and launched ahead of the standard variants. Expect prices to start at Rs 35 lakh (ex-showroom).

Another model that was showcased at Auto Expo 2020 and launching in 2021 is the next-gen GLA SUV. It will be taller and wider than before, will feature a major cabin revamp, and get 2.0-litre petrol and diesel engines. Prices are expected to start from Rs 43 lakh (ex-showroom).

A welcome launch for the enthusiasts, the Mercedes-AMG GT Black has some mean feats to its name, including the Nurburgring road-legal car lap record, of 6 minutes and 43.616 seconds. It boasts racing DNA with an ultra-low stance, carbon-fibre bits all over, a massive rear wing as well as a multitude of tech wizardry. And who could forget the AMG’s beefy 730PS/800Nm 4.0-litre twin-turbo V8 engine.

While Mercedes-Benz has yet to reveal its other models planned for this year, we expect one of them to be the next-generation S-Class sedan which is an extensive generational upgrade. Overall, there’s plenty to look forward to from Mercedes-Benz India in terms of upcoming 2021 launches in the country.