The most powerful E-class is finally here! 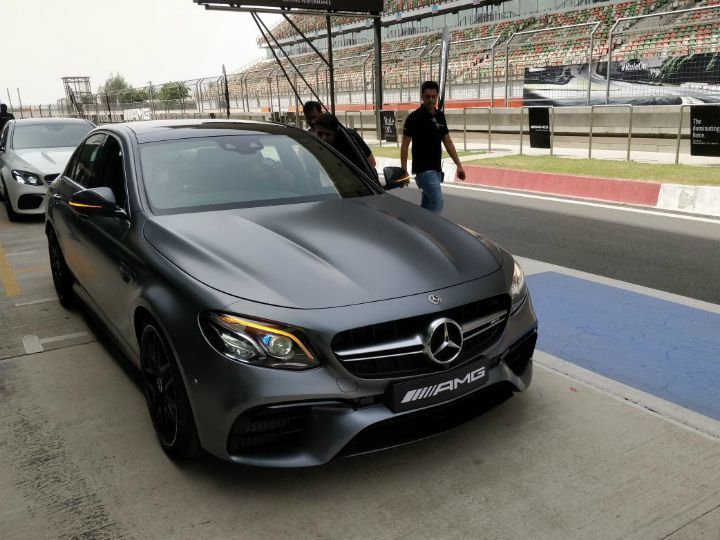 Mercedes-AMG has launched its flagship E-class, the E 63 S 4MATIC+ at Rs 1.5 crore (ex-showroom India) in India today. This new AMG sedan is the most powerful E-Class ever! And only the top-spec S variant will be made available in the country.

So what's under that hood? Well, just a 4.0-litre twin-turbo V8 engine that churns out a whopping 612PS of power (2PS more than the Lamborghini Huracan) and a peak torque of 850Nm at 2500-4500rpm. Transmission is handled by an AMG SPEEDSHIFT MCT 9-speed gearbox, which sends power to all four wheel using the AMG Performance 4MATIC+ all-wheel-drive system. The car comes with different driving modes, including a 'Drift Mode' which, as you can guess, lets you slide around a corner by sending power to the rear wheels.

Number boasting doesn't end there. The super-saloon, according to the company, can sprint from 0 to 100kmph in just 3.4 seconds, only 0.2 seconds shy of the Lambo! Though the top speed is electronically limited to 250kmph, there’s an AMG Driver's package on offer, which lets you touch 300kmph.

The AMG E 63 S sits on the standard wheelbase and gets 27mm beefier wheel arches that house 20-inch wheels. It features a single slat grille and wider front air intakes, while the rear features a boot-slip spoiler, further adding to the sporty character of the sedan.

Take a look inside and you'll notice that the wood and leather trim of the standard car have made way for premium Nappa leather and carbon fibre trims. The steering wheel now comes finished with grey markings and so do the seats and seatbelts. The instrument cluster is also tweaked and now features a chequered flag in the background. It also gets a race timer for recording lap times.

The Mercedes-AMG E 63S 4Matic+ is certainly priced steeply. But is it worth it, considering it goes up against the BMW M5? We can only find out once we get behind its wheel. Until then stay tuned!

Mercedes-Benz Becomes Only Luxury Carmaker In...