The SUV-coupe body style is catching on, and the XUV Aero will be the most affordable of its kind 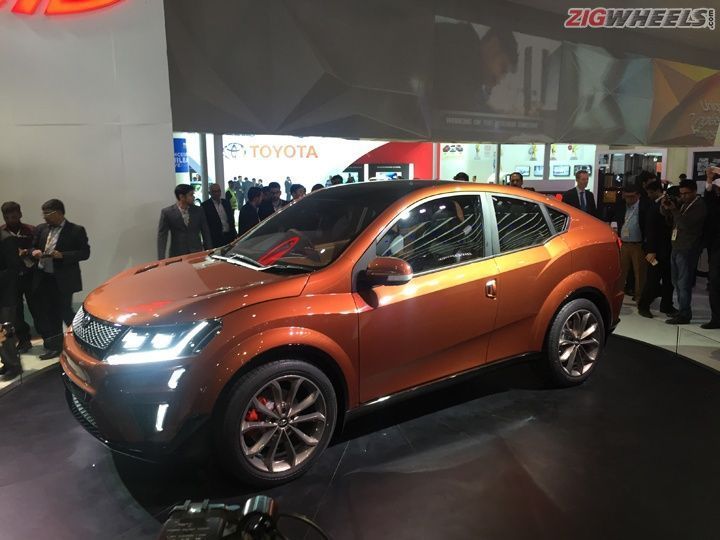 Our sources close to Mahindra have confirmed that the XUV Aero has received a green light and functional prototypes will soon start moving out of the computers into the real world. The XUV Aero will be manufactured at the company's Chakan plant near Pune, alongside the XUV500. The Aero may share the mHawk powertrain with the SUV in a punchier state of tune but an electric drivetrain can't be ruled out either. An all-electric Aero should rid the EVs of the utilitarian and cost-effective vibe and add a dose of desirability to the equation. It can make the Aero a popular electric vehicle regardless of its running cost. We may see a near-production-ready model of the XUV Aero at the 2018 Auto Expo. The car could roll off the factory line by late 2018 or early 2019.

Mahindra first showcased the XUV Aero concept at the 2016 Auto Expo, and it grabbed a lot of eyeballs. The name comes from its aerodynamic styling. Its design combines the coupe-like sloping roofline of a car and the butch styling of an SUV. The concept's face was similar to that of the XUV500 and changes started to show up as you moved to the side. Other than the roofline, the most noticeable change was the inclusion of rear-hinged doors, similar to what we see on Rolls Royce. These doors will give it an extra dose of desirability, but it probably won't make it to the production version.

The sloping roof prioritises aesthetics and eats into the headroom as you move further back. That makes it tough to incorporate the third row while the second row can have adequate space between the passengers' heads and the roof liner. It's safe to assume that the Aero will seat five only.

Currently, the most affordable SUV-coupe option is the Mercedes-AMG GLE 43, which costs Rs 90.96 lakh (ex-showroom Delhi). The Aero should put that styling within reach of more buyers, with an expected price tag of between Rs 20-25 lakh. At that price, style conscious consumers will have a hard time ignoring the Mahindra XUV Aero.