The upcoming SUV has been teased recently, hinting at an imminent launch 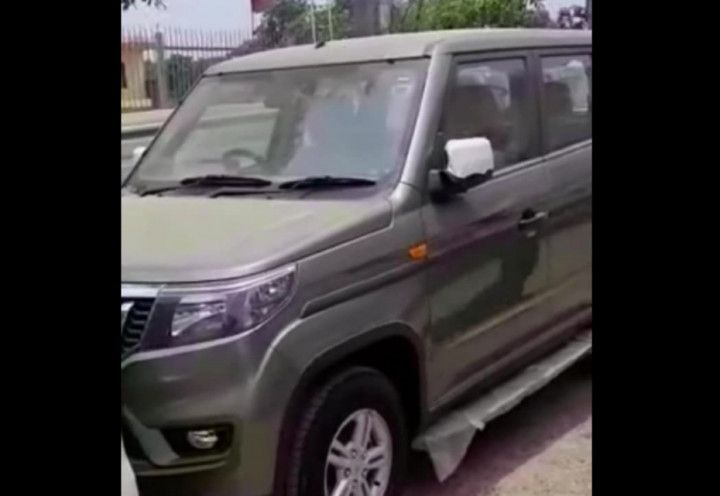 The Mahindra Bolero Neo, essentially the facelifted TUV300, has reached dealerships ahead of its imminent launch. It's an upmarket alternative to the standard Bolero. The latest set of images give away that the top-spec trim will be called the N10.

The Bolero Neo’s front fascia has been overhauled, now featuring a redesigned slatted grille flanked by new halogen headlamps. A new bumper with a skid plate and revised fog lamps complete the look at the front. In contrast, the side and rear profiles are similar to the pre-facelift TUV300. Surprisingly, Mahindra has done away with roof rails in the Bolero Neo, but we expect them to be offered as options.

The SUV will borrow the Thar’s instrument console on the inside, if a teaser is anything to go by. Different upholstery options are in the offing as well. Also, likely new features include Android Auto, Apple CarPlay, and automatic climate control.

The rest of the interior could be similar to the TUV300, including a 7-inch touchscreen infotainment system, steering-mounted audio controls, electrically adjustable ORVMs, leatherette upholstery, and remote locking. Passenger safety should be taken care of by dual airbags, ABS with EBD, rear parking sensors with camera, and ISOFIX child seat mounts.

Under the hood, the Bolero Neo will be powered by the same 100PS 1.5-litre diesel engine as the TUV300, only that it will be BS6-compliant now. While a 5-speed MT will be provided as standard, an optional 5-speed AMT can also be introduced.

The Bolero Neo is expected to be priced around Rs 8.5 lakh, putting it in the same league as its monocoque rivals like the Kia Sonet, Hyundai Venue, Mahindra XUV300, Ford EcoSport, Tata Nexon, and Maruti Suzuki Vitara Brezza.