The eMotion Motors’ Surge is billed as India’s first performance electric bike, and is capable of 0 to 60kmph in 4 seconds and a range of 100km. 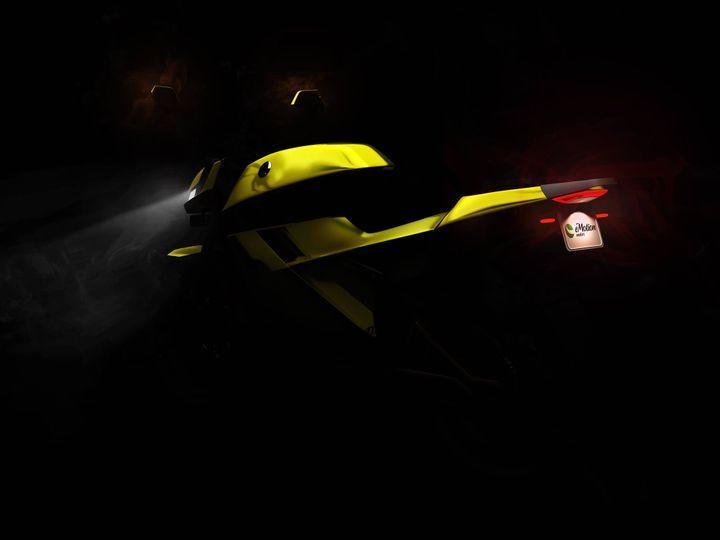 Set to make its Indian debut on 5th June 2018, also known as World Environment Day, the eMotion Motors Surge is designed to achieve a 0 to 60kmph time of 4 seconds, which should make it faster than most 200cc petrol powered bikes. The company also claims that the made-in-India Surge can achieve a top speed of 120kmph.

The Surge will be offered in two variants and will consist of over 40 innovative features, some of which are: SOS safety feature, storage space, animated turn signals, anti-pollution self-cleaning coating. Other features include LED Backlit Display, GPS Navigation, Mobile phone integration, Cloud connectivity and IOT (Internet Of Things).

The bike has claimed a range of 100kmph and with express charging offered by the company, can be fully charged in 30 minutes, which is impressive going by the charge time offered on most electric scooters being offered today.

The air is set to be cleaner with Electric Vehicles coming to Indian roads and with the government pushing for all-electric transport by 2030. Joining up to achieve the mission will be eMotion Motors, who will bring to the market India’s first geared Electric Two-wheeler performance bike.

According to founder and CEO S Pranav, eMotion Motors' is an enterprise that looks to combine the passion for high-performance vehicles with a forward-thinking desire for clean and efficient energy sources. He believes that electric vehicles in India have a long way to go, as performance issues in currently available models continue to hinder their use. “Using electricity for transport does not have to be a compromise in terms of performance”, he says. “We hope to be among the pioneers of popular, high-performance electric vehicles in the country.”

The start-up from Coimbatore is set to unveil the prototype of its first product, Surge, on June 5, World Environment Day. Currently, electric vehicles, specifically in the two-wheeler segment, are marketed and seen as scooterettes with bare features, low power, and low range, whose only benefits are no pollution and questionable total cost of ownership. Surge, on the other hand, is a feature-rich motorcycle which can not only go toe-to-toe with petroleum vehicles but also surpass them. It has over 40 new innovative features that help it stand out from other bikes on Indian roads.

The Surge will be available in 2 variants, with the top variant clocking a top speed of 120Km/hr and a rapid acceleration of 0-60Km/hr in less than 4 seconds. The bike will have smart features such as LED Backlit Display, GPS Navigation, Mobile phone integration, Cloud connectivity and IOT features for an enhanced user experience.

The bike will have many firsts in the 2-wheeler electric segment. Being India’s first geared electric motorcycle, it gives high torque multiplication at the wheel for riders who would otherwise miss the fun and high acceleration of conventional motorcycles. The Reverse gear feature allows the users to manoeuvre in narrow roads and while parking. The boost feature is one-of-a-kind feature found in the segment, which is a rider’s dream of pushing extra power to the motors for a short while. Surge offers large cabinet space which can store more than just a helmet. This gives it a distinct advantage over the majority of the current electric two-wheeler, which is low-powered, with cruising speeds of 25 Km/Hr and a recharging time of up to 6-8 hours. The Surge will run for 100Km in a single charge, with express charging getting the battery from empty to full charge in just 30 Minutes.

eMotion Motors is in the process of raising Series A round of funding. Surge is set to hit the Indian roads by 2020. The start-up, which will unveil the prototype on their website on World Environment Day, has plans for 3 offerings in various 2-wheeler segments in the coming years. With concerns over rising fuel prices and pressure on the Govt. of India to control emissions, Electric Vehicles promise a stable future in mobility, and Surge is looking to be a pioneer amongst these.

The company has so far been operating under the radar, while perfecting the product and are set to unveil the first look of ‘Surge’ on world environment day, 5th June 2018, on their website www.emotionmotors.in. Reach out to eMotion Motors at info@emotionmotors.in.