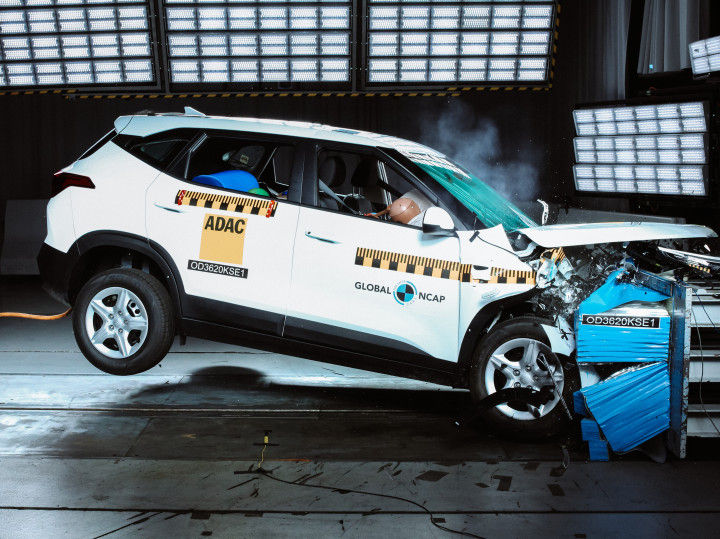 It was quite a shock to learn that the Kia Seltos scored an average three stars in the Global NCAP safety tests. Given its sophisticated feature list, design and European sensibility, we weren’t expecting its body shell to be rated unstable.

Safety is of utmost importance and the government has been taking several initiatives to ensure cars follow stringent standards. That said, models such as the Tata Altroz, Nexon, and Mahindra XUV300, which come from a segment below, have scored a full five stars with their bodies reported stable. You can read about the reports for these cars by clicking these links below:

The XUV300 Is Now The Safest Made-In-India Car

Even the Australia-spec Seltos has received a full five stars in the GNCAP safety test with its body reported stable. This could be due to its modified platform with a slightly longer wheelbase, six airbags as standard and driver assistance features, which are not offered in the India-spec model. It comes with autonomous emergency braking, lane keep assist, blind spot monitoring, and more. One small reclaiming point for the India-spec Seltos here is the model used in the test was a lower-spec variant with dual airbags. But even if Global NCAP had tested the top-spec Seltos GTX+ or HTX+ with six airbags, the rating wouldn’t have been much different as the report clearly mentions that the body is unstable.

This brings lots of questions to the table: Is Kia cutting corners for the Indian market? The carmaker is yet to give an official response to the Global NCAP rating. We, the Indian audience, also need to take part of the blame as the majority prefer fancy features over a strong, solid car.

The sentiment for most Indian buyers is maximum bang for the buck which Maruti, Hyundai and Kia seem to fully understand. But car buyers need to focus more on safety after all it’s a question of our lives. It’s great to see carmakers such as Tata and Mahindra take safety seriously for all their models and we really hope other manufacturers follow suit.

A few years back, the Volkswagen Polo scored zero stars in the Global NCAP safety, but VW was quick to offer safety equipment as standard across the range. The revised Polo then aced the test with a four-star rating. We hope Kia does the same with the Seltos to maintain the reputation and appeal it has garnered in India in a short time.