The XUV300 Is Now The Safest Made-In-India Car 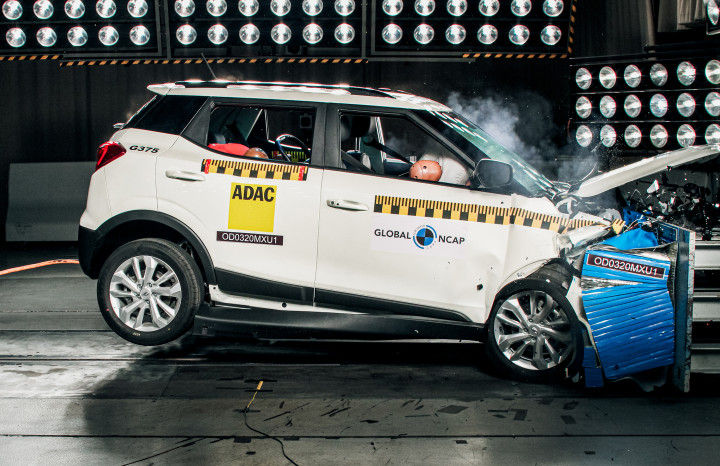 The Global New Car Assessment Program (GNCAP) has released the crash test results of the Mahindra XUV300. The sub-4 metre SUV scored 5 stars for adult occupant protection and 4 stars for child occupant protection. Its score is higher than both the Tata Nexon and Altroz which received 16.06 and 16.13, respectively. Let’s take a closer look at the report:

The score for adult occupant protection was rated 16.42 out of 17. For the front passenger, the protection for the head, chest, and legs was rated ‘good.’ The driver’s head, neck, right leg, and upper left leg also had good protection. Driver’s chest and lower left leg was rated ‘adequate.’

The 37.44/49 score for child occupants was satisfactory as well. Both the 18-month-old and 3-year-old child dummies in ISOFIX-mounted child seats had good protection in the crash tests. The lack of a three-point belt in the middle rear seat and poorly marked ISOFIX mountings were the only chinks in the XUV300’s armour.

Mahindra’s score is commendable but not surprising. The XUV300 is based on the Ssangyong Tivoli sub-4m SUV which was tested by Euro NCAP in 2018. It received a 4-star rating in the assessment. It must be noted that Euro NCAP performs a higher number of tests than Global NCAP, such as front full-width rigid barrier test, side pole impact test, and tests of the autonomous braking and driver assistance systems.

Global NCAP performs crash tests for India-spec cars under the #SaferCarsForIndia initiative. Its evaluation of the XUV300 is commendable. While it was the base model that fetched the 5-star score, Mahindra also offers a full suite of seven airbags on the XUV300. However, the side, curtain, and driver’s knee airbags are only available if you opt for the W8 Optional Pack trim. We hope these tests will beseech the carmaker to offer these options on lower-spec variants as well.