Kia Seltos And 2020 Hyundai Creta: Are They Similar?

Here’s how both premium compact SUVs compare against each other 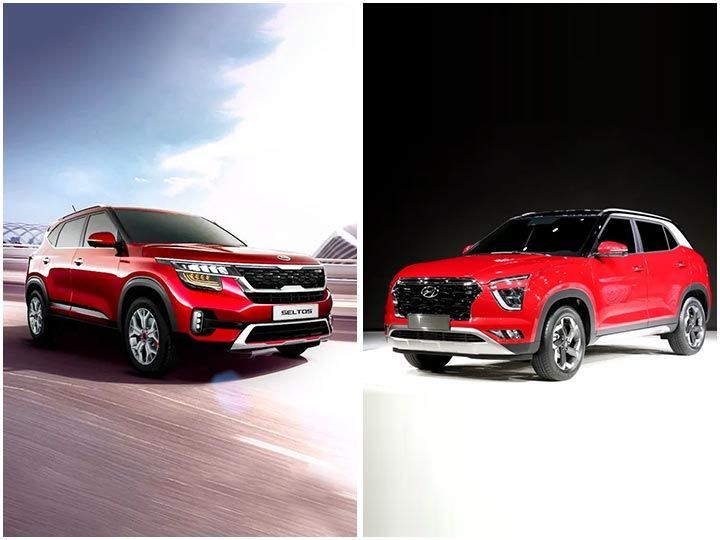 The Seltos is set to kickstart Kia’s Indian innings on August 22. It has racked up more than 23,311 bookings within three weeks, which is impressive considering the slowdown in the automotive industry. And for those of you wondering how come a new brand and product took off so easily in India, we list out the reasons.

The last one is a major brownie point for the Seltos as the Creta has been on sale since July 2015 and apart from a facelift, it has remained unchanged.

The Seltos’s arrival will affect the Creta, but Hyundai will come back into the game with the 2020 Creta. Spied testing on Indian roads for the first time, the 2020 Creta is expected to launch in India by mid 2020. It will be based on the iX25 that was unveiled at the 2019 Auto Shanghai. Considering the fact that Hyundai and Kia share the same R&D team, will the 2020 Creta be a Seltos in Hyundai’s suit? Here’s how both models compare:

What Are The Similarities Between Both Models?

The major similarities between both models are their platform and powertrains. The 2020 Creta will be underpinned by the same platform as the Seltos. This is no bad thing as the Seltos is bigger than the current Creta and we expect the next-gen model to be as big as the Kia.

Here’s how the Seltos and the current-gen Creta fare on paper in terms of dimensions.

The 2020 Creta is expected to borrow the Seltos’ BS6-compliant  1.5-litre petrol and diesel powertrains. The petrol unit develops 115PS and 144Nm while the diesel motor churns out 115PS and 250Nm. While both engines come with a 6-speed manual as standard, the petrol motor could get a CVT option while the diesel is likely to be offered with a 6-speed torque convertor just like the Seltos.

Apart from that, we expect some common parts sharing between both models inside-out to keep costs in check.

Differentiating Factors Between Both Models:

The Seltos has an European design language and will appeal to people of all ages and tastes. Some highlights of the Seltos’ styling bits include Kia’s trademark ‘Tiger Nose’ grille, elongated DRLs and jewel-effect LED headlamps and Ice Cube LED fog lamps. The attention to detail is also fantastic, especially in the GT Line trim where the red brake callipers and stripes are applied tastefully. To top things off, the body cladding, 17-inch wheels and a clean rear end give it the perfect flavour.

The new generation 2020 Creta, like all Hyundai’s, is likely to be more flamboyant. Looking at the spy shots, the Creta will be based on the manufacturer’s latest ‘Sensuous 2.0’ theme with a huge cascading grille at the front. It will also follow the current trend of split LED headlamps and tail lamps like the MG Hector and Tata Harrier. In profile, the 2020 Creta carries over design traits of the current-gen model, which is no bad thing.

So clearly the new gen Creta will have a very different appearance from the Seltos and will most likely appeal to a different set of buyers.

Just like its exteriors, the interiors of the Seltos carry an European car feel to it. It has a very minimalistic design and the cabin is ergonomic too, especially the floating 10.25-inch touchscreen infotainment that’s placed right on top so that you don’t need to take your eyes off the road. Premium yet tasteful bits like the flat-bottom steering wheel, hi-resolution coloured MID and the red stitching (on GT trim only) give it the oomph factor.

The Creta, on the other hand, might get a more futuristic cabin design. Going by the China-spec ix25 which debuted at 2019 Auto Shanghai, the new Creta might get a huge Tesla-esque touchscreen infotainment, removing the cluster of buttons found in the current-gen model. The touchscreen unit is expected to control both the infotainment system as well as climate control duties. And to spruce things up, Hyundai will use various colours and trims, making it an exciting place to be in.

Any exclusive features for the Creta?

To be honest, only time will tell that. But considering that the Kia Seltos is very well equipped in this regard, expect Hyundai to offer a similar set of features too. Standout features on the Seltos include a 10.25-inch infotainment system, Android Auto, Apple CarPlay, UVO Connect connected car tech, a head-up display, Bose sound system, Kia Sound Mood lighting, coloured multi-info display, climate control, cruise control, and more. Safety features on the Seltos include six airbags, ABS with EBD, front and rear parking sensors, a 360-degree camera, ESP and hill start assist.

Clearly, going by the Kia’s feature list we can’t imagine what more the Creta could offer. But knowing Hyundai, it can have some aces up its sleeve and could get some segment-first features to beat the Seltos.

Time to sum up then. From the above facts, it is clear that both SUVs will share the same underpinnings. However, the Creta is likely to appeal to different tastes. It’s styling, both inside and outside the cabin, will be more flamboyant and is likely to appeal to a younger crowd. Being a Hyundai, expect it to offer some first-in-segment features as well. Rest assured, the battle between the sister brands is set to intensify over the coming months.