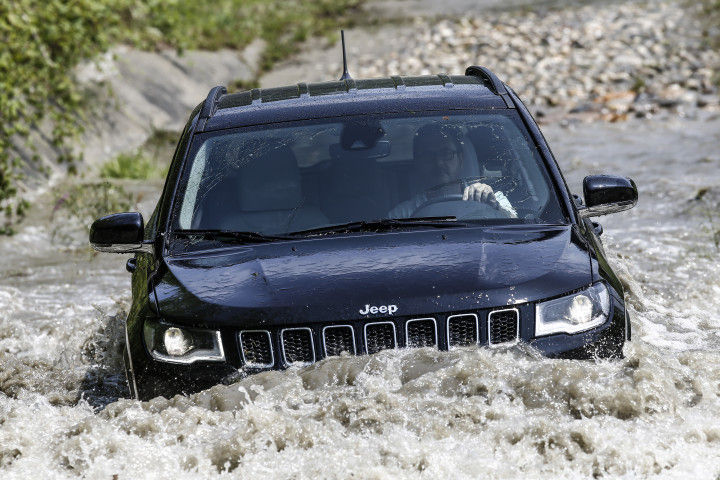 In a revolutionary step for the Jeep brand, the Compass and Renegade SUVs have been picked to be the first ones to get the EV treatment. The plug-in hybrid (PHEV) cars will carry the 4xe badge, which represents the 4xe technology used to bring forth the greener emissions and significant pure electric range. Since the Compass is the more relevant SUV for India, let's talk about it.

The Jeep Compass 4xe was first seen at the 2019 Geneva International Motor Show. With full details now revealed, it will feature almost the same feature list as its ICE version: an 8.4-inch touchscreen Uconnect infotainment system with smartphone control. The design of the Compass will remain significantly unchanged aside from blue styling elements to emphasise the hybrid technology it houses.

The heart of the matter is a 1.3-litre turbo-petrol engine paired with one of the two electric motors, which also acts as a backup voltage generator, while a second 60PS one sits on the rear axle, both producing a combined 190PS or 240PS. The rear electric motor puts out a torque figure of 250Nm while the combustion engine generates 270Nm. The rear electric motor is powered by a 11.4 kWh battery which can easily be recharged while driving or through an external source. The Compass 4xe offers a top speed of 130 kmph in full electric and 200 kmph in hybrid mode, giving an acceleration from 0-100 kmph in just 7.5 s.The electrified SUV will feature eAWD four wheel drive and six-speed automatic transmission.

Driving the SUV in hybrid mode will give CO2 emissions less than 50 g/km and in full-electric mode will offer a range of 50km. The Compass 4xe gets three driving modes, named Hybrid, Electric, and E-Save. While two of the modes are pretty much self-explanatory, the E-Save mode will put the battery to rest and shift the entire load onto the combustion engine. The E-Save mode itself has two sub-modes wherein you can maintain the state of charge of the battery or recharge it while driving to almost 80 percent.

The high cost of PHEVs will make it highly unlikely that the Compass 4xe comes to India. Back home, Jeep India is set to give the Compass a major facelift in early 2021.