The Jaguar XF Gets A Mid-life Refresh 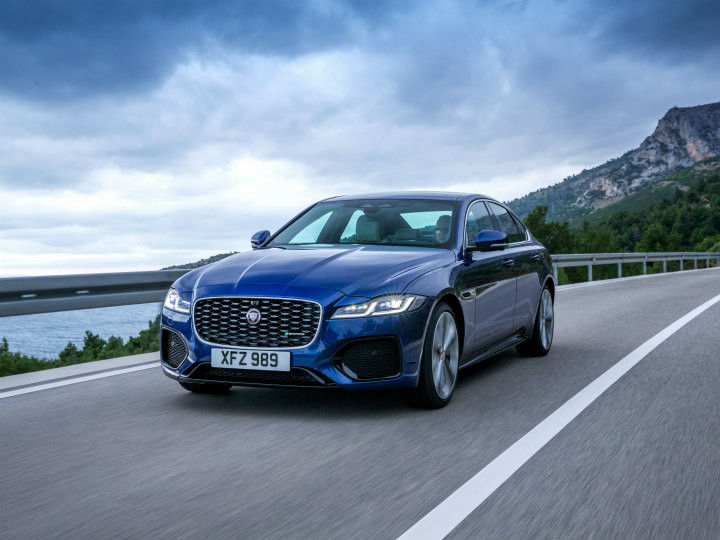 Jaguar has been busy the last few months rolling out updates for its model lineup in European markets,  starting with the I-Pace electric SUV back in June and the F-Pace SUV in September. Now the latest Jaguar model to go under the knife is the XF sedan. It's the first update to the second-generation sedan since its debut in 2015. The update brings subtle design tweaks, cabin redesign, and a new diesel engine with mild-hybrid tech.

At a glance, you might be hard-pressed to notice any changes on the outside as the XF looks quite familiar. Look closer and you’ll notice the LED quad headlights have slimmed down a bit and the grille sports a new mesh pattern. The revised rear bumper makes up the cosmetic upgrade. You can also opt for a Black Exterior pack which replaces the chrome with sportier black accents on areas like the grille and side vents.

The upgrades are much noticeable when you head inside. The redesigned dashboard looks modern and premium compared to the pre-facelift model. Gone is the smaller 10-inch touchscreen and in comes a larger 11.4-inch Pivi Pro infotainment system. It features Android Auto and Apple CarPlay connectivity, connected car tech with over-the-air (OTA) updates and a surround view camera. Other feature highlights include a new 12.3-inch digital driver’s display, active road noise cancellation, and a conventional stubby gear lever replacing the rotary knob.

Under the hood, the Jaguar XF gets a new 2.0-litre four-cylinder turbocharged diesel engine with a 48v mild-hybrid setup. It delivers 204PS of power which is 24PS more than its predecessor. The other engine option is a 2.0-litre four-cylinder turbo-petrol engine in two states of tune: 250PS/365Nm and 300PS/400Nm. All engines are paired to an 8-speed automatic gearbox with the option of rear-wheel and all-wheel drivetrains.

Back home, the XF is currently only sold in the Prestige petrol variant at Rs 55.67 lakh (ex-showroom). Expect Jaguar to introduce the facelifted model in 2021. We can also see some diesel-powered Jags making a comeback as Land Rover has started introducing the updated diesel models in their lineup. When launched, the XF takes on the likes of the  Audi A6, Mercedes-Benz E-Class, and BMW 5 Series.