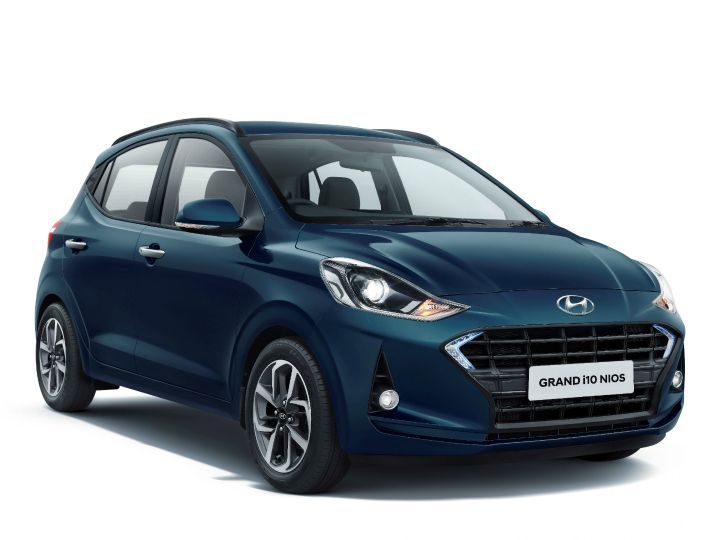 Hyundai is all ready to launch the third-generation Grand i10 in India tomorrow. It goes by the name Grand i10 Nios and as the new name signifies (Nios means more), it comes with completely revised exteriors and interiors. Hyundai has already released a teaser video, a couple of images and the whole variants list of the upcoming hatchback and here’s everything we know as of now:

The Grand i10 Nios will come in a total of 10 variants:

The Nios now features a wider cascading grille with LED DRLs on either side along with new projector headlights. Other changes include new bumpers, new set of 15-inch diamond-cut alloy wheels, hood and revised taillamps and rear-end. The Grand i10 Nios retains the tall-boy styling but looks more proportionate and wider in comparison to its predecessor. Side profile lends out a similar vibe as the current Grand i10 while the rear end has various differentiating design elements.

Both the engines are carried over from the Grand i10, but will now be BS6-compliant and is also expected to come with a different state of tune. The 1.2-litre CRDi engine ( 75PS and 190Nm) will be available in three variants -- Magna, Sportz, and Asta. The 5-speed manual transmission is only available in the entry-level Magna and the top-end Asta. And the AMT is only offered with the mid-spec Sportz variant.

The 1.2-litre petrol which makes 83PS and 114Nm will be available in seven variants: Era, Magna MT, Magna AMT, Sportz MT, Sportz AMT, Sportz MT dual-tone and Asta MT. Here also, the AMT has been omitted from the range-topping Asta variant. The Sportz and the Magna variants, meanwhile can be opted with either the manual or the AMT.

Cruise control, automatic climate control, Apple CarPlay and Android Auto connectivity, and wireless charging are some of the standout features that are expected to be offered. The dual-tone interiors look upmarket with the 8-inch infotainment system taking the centre stage. However, it remains to be seen whether the Nios will get the BlueLink connected car technology. It also gets various other bits from Hyundai’s parts bin, like the steering wheel from the Venue.

When launched, it will take on some major players like the Maruti Suzuki Swift and the Ford Figo. As for the pricing, we expect it to range between Rs 5.2 lakh to Rs 8.0 lakh (ex-showroom, Delhi). The current Grand i10 which retails for Rs 4.98 lakh - 7.59 lakh will also be sold alongside and is expected to get discounts in the coming days.