Hyundai Brings Sporty Back With The Turbo Petrol Grand i10 Nios 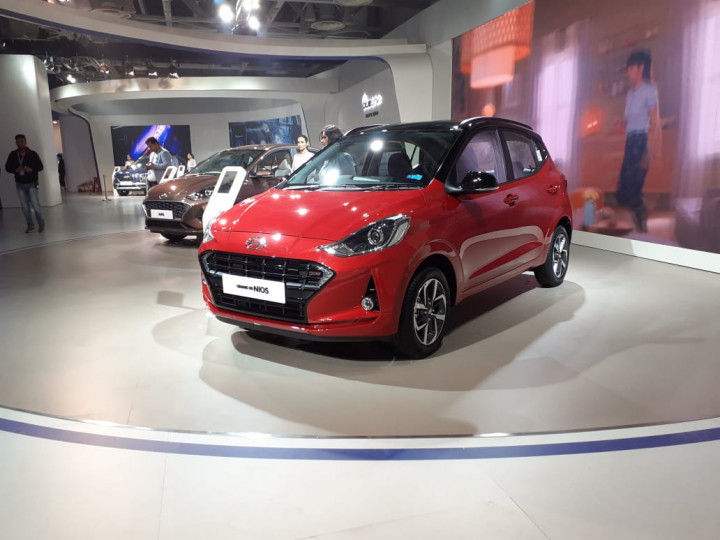 The Grand  i10 Nios Turbo looks more purposeful than the non-turbo Grand i10 Nios. It gets its front bumper from the Aura Turbo sub-4m sedan, identical with the exception of single boomerang LED DRLs instead of twin boomerang DRLs. The grille is finished in gloss black and comes with the same triangular mesh pattern as the Aura.

Inside, the dashboard is all black. It is the same design as the Grand i10 Nios’ dashboard, but red accents can be found on the air vents, steering wheel, and gear shift knob. At the rear, the Grand i10 Nios Turbo is expected to offer decent legroom and headroom similar to its non-turbo sibling.

The i10’s turbo petrol engine is similar to the one we have seen on the Aura. It makes 100PS of power and 172Nm of torque and comes mated with a 5-speed manual gearbox that has different ratios than the non-turbo i10. The final drive ratio is much shorter and could translate to a higher top speed. Internationally, the i10 N-Line is also available with a 1.2-litre naturally-aspirated engine.

As petrolheads, we have been pining for the Hyundai i10 N-Line ever since we first laid eyes on it last September. The Grand i10 Nios Turbo may not have its striking aesthetic, but it comes with similar hardware features. Potential rivals in India are the Tata Tiago JTP, Maruti Suzuki Baleno RS, and the Volkswagen Polo GT TSI.