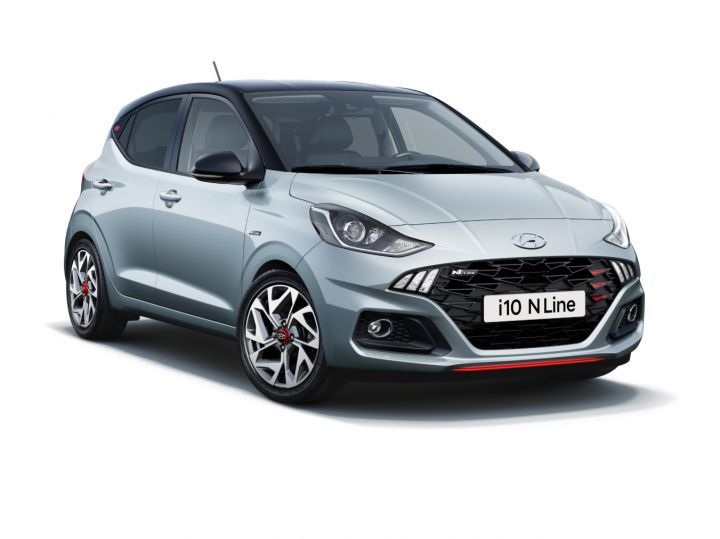 Recently, Hyundai revealed the Euro-spec i10 that looks a tad sportier than the Grand i10 Nios. But what it didn’t have though were sporty engines. Hyundai has now addressed that by revealing the i10 N Line with a more powerful heart at the ongoing 2019 Frankfurt Motor Show. Question is,will the India-spec Grand i10 Nios get the same N Line treatment?

Before we address that, let’s find out what the Euro-spec i10 N Line packs. The sporty variant of Hyundai compact hatchback comes with two petrol engine options - a 1.0-litre turbocharged motor and a 1.2-litre naturally aspirated unit. The 1.0-litre turbo-petrol variant shares its powertrain with the Venue, albeit in a detuned state of tune. While it develops an equivalent 172Nm of torque, the power output is 20PS less than the Venue at 100PS. A 5-speed manual transmission is your only choice with the 1.0-litre turbo-petrol. The other not so exciting engine is the 1.2-litre naturally aspirated that develops 84PS and 118Nm. This engine can be had with either the 5-speed manual or an AMT.

Visually, the i10 N Line comes with a handful of elements that make it look more sportier. For starters, it comes with a snazzier honeycomb grille with funky looking DRLs. The aggressive lower bumpers make it meaner still while the new 16-inch wheels with the ‘H’ design element looks snazzy. Other design elements include a tinge of red at various places and a diffuser at the rear.

Inside, the i10 N Line comes with a host of changes to distance itself from the standard variant. The dashboard is finished in an all-black shade while the steering wheel and gear lever now come with ‘N’ badging. Apart from that, thee are plenty of red elements to up the sporty quotient.

Closer to home, rumours suggest that Hyundai India is planning to launch a souped up version of the Nios with the Venue’s 1.0-litre turbo petrol engine. Considering the fact that Hyundai has now revealed the N Line variant with the turbo-petrol engine at Frankfurt, will the rumours become a reality with the Nios? If so, expect to see the N Line variant take on hot hatchbacks like the Tiago JTP, Polo GT TSI and Baleno RS.