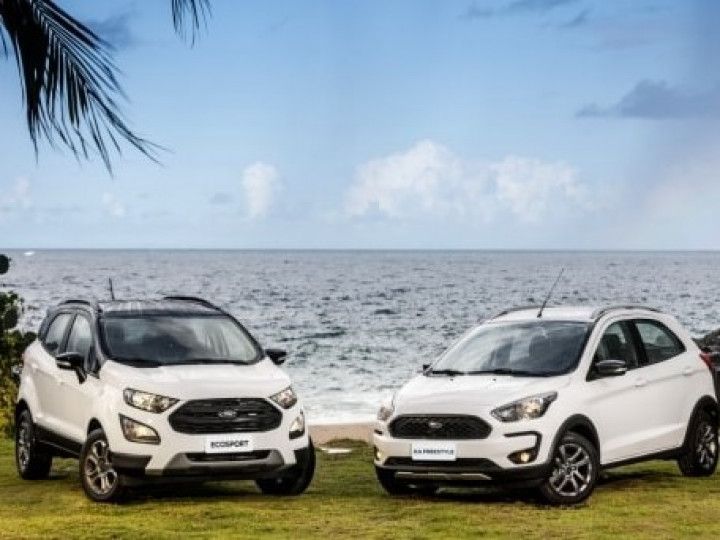 After over a century of operations in the country, Ford has decided to halt manufacturing in Brazil. Although this move will incur Ford losses worth a whopping $ 4.1 billion, the carmaker is convinced it is a step towards sustainability and a stable future.

As a result, models like the EcoSport, Ka (Figo), and even the Troller T4 4x4 -- a Mahindra Thar like jeep --  will be discontinued this year. On the brighter side, as a sign of its commitment to the South American region, the Detroit-based carmaker has ensured it would introduce the new Ranger pickup, Mustang Mach 1 electric SUV, Transit, and the newly revived Bronco range.

After the coronavirus and the subsequent global pandemic rocked the automotive industry, Ford decided to restructure its operations starting with South America, focusing more on sustainability and a lean business model. It even called off its joint venture with Mahindra, which you can read all about here.

Ford has affirmed its plans to electrify most of its line-up and offer the latest tech advancements in the region. The carmaker also assured that manufacturing operations in Argentina, Uruguay, and sales in the rest of South America would not be impacted by this move.

Approximately $ 1.6 billion will be lost to the accounting impact due to write-off tax credits, accelerated depreciation, and amortisation of fixed assets. Nearly $ 2.5 billion worth of cash reserves will be directly impacted, mainly due to payments in the form of clearing, terminations, and agreements. The brand is planning on working with the unions, employees, and its partners to minimise the effect of the shutdown.

Ford’s future plans include introducing a new range of models, including a new plug-in hybrid vehicle. It will also help in facilitating the acquisition of the production facilities by interested parties. That said, there is a high possibility that future entry-level models could be imported from India.