The Italian supercar maker announced its pricing on December 12, 2017 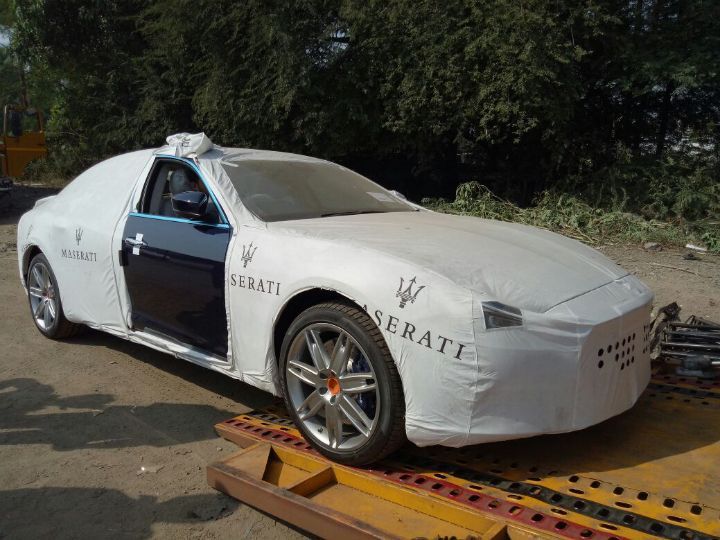 Italian supercar maker Maserati recently completed the import of India’s first 2018 Quattroporte GTS. The first customer, who is a business tycoon from our country’s capital, is the one who would have paid an ex-showroom price of around Rs 2.7 crore, depending on the customisation options he had chosen.

Maserati was kind enough to share the first pictures of the car being offloaded. The company officially announced the pricing of the Quattroporte GTS in December last year. It isn’t clear which of the two variants - GranLusso or GranSport - the businessman ordered because most of the differences between the two are cosmetic in nature and the car in these images, as you can see, has a body cover.

But we believe that cosmetics and interior trim weren’t the priority for the customer as the GTS iteration of the Quattroporte is all about its insane performance. No matter which variant you choose, you get the same powerplant underneath that gorgeous exterior. The engine is a twin-turbocharged 3.8-litre V8 petrol that puts out 530PS of power and 710Nm of torque, mated to an 8-speed ZF automatic unit, which can identify and change its shifting pattern based on the driving style.

The setup is enough to hurl the big four-door saloon to 100kmph from standstill in just 4.7 seconds and reach a top speed of 310kmph. Maserati claims that the Quattroporte GTS is the fastest luxury saloon in the world. We’d like to clarify that: It isn’t exactly true. The Bentley Flying Spur W12 is faster and so is the Aston Martin Rapide S. But both those cars are more expensive that the Italian product. So, until Porsche decides to unleash the Panamera Turbo S E-Hybrid in India, the Maserati Quattroporte GTS is the fastest four-door saloon under the Rs 3 crore mark. That’s more like it!

Also Read: Maserati Ghibli Nerissimo Could Be A Great Backup Vehicle For Batman