Dassault Rafale Enters Indian Airspace; 5 Facts About Our New Guardian Of The Skies 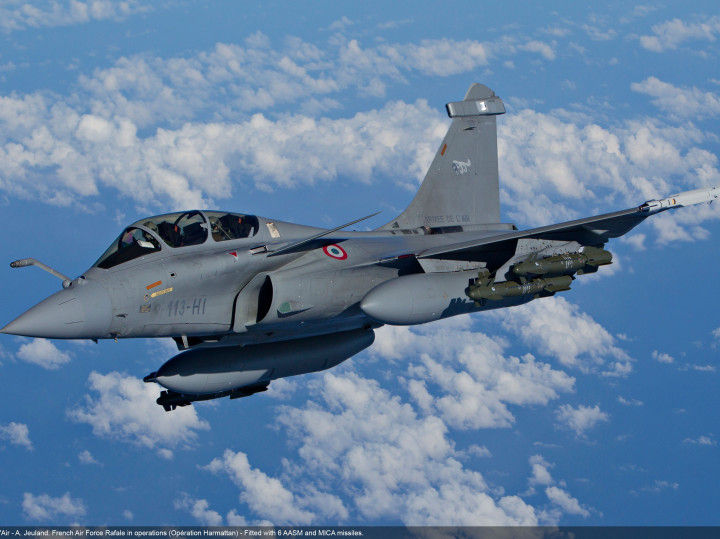 It is a proud moment for India and its Air Force (IAF) as five of thirty six Dassault Rafale fighter jets have touched down in India. The latest addition to the Indian Air Force’s might touched base in Ambala after their departure from the French air force base in Bordeaux. But what’s special about Indian Air Force’s latest set of wings? Here are a few facts.

Like the Su-30, MiG-29, and the Tejas, the Rafale is a multipurpose combat aircraft. Built for aerial combat and surveillance, it is fitted with a wide range of weapons, latest avionics, reconnaissance instruments with additional equipment upgrades from Hindustan Aeronautical Limited (HAL).

Must cost a bomb?

Since 2012, various figures have been agreed upon and then cancelled. In January 2019, a memorandum of understanding was signed between India and France for acquisition of thirty six operational aircraft but without a financial agreement. However, a quoted final cost of around Rs 58,000 crore was agreed upon by the two sides in May 2016.

Do we even need the Rafale?

The requirement was simple: a worthy competitor for the neighboring country’s F-16s and a viable replacement for the ageing MiG 21s. Dassault Rafales are the perfect addition to the IAF’s fighter jet arsenal. Another contributing factor was probably the growing concerns regarding the reliability of MiGs. The increasing number of crashes and safety concerns required a shift from the Russian fighter jet.

The Rafale is fitted with two SNECMA M88 engines. Each M88 produces around 74 kilo Newtons of bone-crushing max thrust. The M88 gives the Rafale the ability to cruise while carrying four missiles and one drop tank. The Rafale can make your face rip off your bones with a massive G-force inducing top speed of over 2,222kmph (Mach1.8) and a supersonic cruise speed of Mach 1.4. The g-limits allowed by the jet are +9 and -3.2 which can be stretched to +11 in emergencies.

What’s In The Arsenal?

Its ingenuity is further enhanced by mid-air refueling, nuclear strike deterrence, short and long-range mission capabilities, and the ability to perform ground and water attacks. It is an open debate on the victor of a dogfight between an F-16 and a Rafale, but the decision could lean in favour of the French jet due to the sheer combat experience it has. It can carry payloads of more than 9 tonnes on 14 hardpoints.

With clearance over the Rafale deal between India and Dassault Aviation, the future of the IAF seems bright. Despite the legacy set by the reliable Sukhoi Su-30 and the lethal MiGs, it’s time for them to pass on the service baton, albeit gradually. India is now looking for fresher and technologically advanced alternatives like the Rafale.

Let us know your thoughts about India’s latest acquisition in the comments.