Budget driver’s cars are still more of a far-fetched fantasy in India. There are some exceptions though, and here are five hatchbacks that offer the most thrills for your money 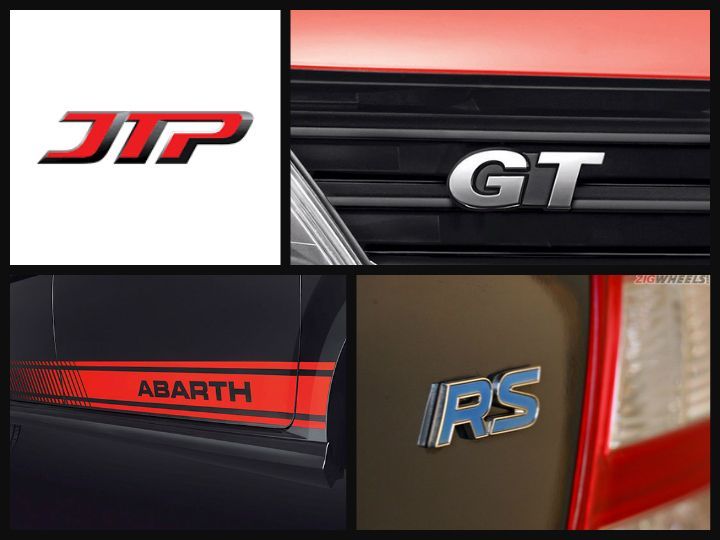 India is a country where a dearth of hot hatches still prevails. We had our fair share of fun to drive cars in the past, but they are all long gone and dusted. Some old-school heroes that graced our roads in the past include the Maruti Zen, Honda City VTEC (Type Z), Ford’s Ikon1.6 and Fiesta 1.6S, Maruti Baleno 1.6, Fiat Palio 1.6 GTX/S10, etc. Luckily, the apocalypse is running a bit late and you still get to have some cheap thrills behind the wheel. Like the saying goes - “It's more fun to drive a slow car fast than a fast car slow”, these are the few budget-oriented fun to drive hatchbacks in India which stands out from the crowd and is currently available in India within a budget

Fiat is one of the few manufacturers in India which rewards (sorry, rewarded, and a minute of silence for the brand’s inevitable sad demise in the near future) us poor petrol heads with some proper handling cars. The legendary Palio 1.6 GTX/S10 was a clear example of this, followed by the Punto and the Linea. The Punto was a great handling car that lacked some oomph in the engine department. Fiat meanwhile had other plans and decided to spice things up a bit. Straight up, don’t get fooled by the scorpion moniker, as this is not the same Abarth Punto that you get elsewhere. The car is powered by a 1.4-litre turbocharged T-Jet unit churning out a class-leading 145PS and 212Nm of torque. Fiat claims it’ll do 100 in just 8.8 seconds. Awesome! The Abarth Punto belongs to a rare breed of cars that are purpose built. The chassis was also revised by Fiat, resulting in a lower ride height and ground clearance. The steering, although better than everything available in the market right now, wasn't really one of the Fiat’s best. The first generation low ground clearance Linea and Punto had a much better steering with more feedback and zero slack around the dead centre position. The best thing about the Abarth Punto is its braking prowess, which is simply outstanding. Be it pedal feel or initial bite, it trumps over every other quality that the car possesses. The ergonomics of the car, like every other Fiat, is awkward and the gearshift, although improved from what Fiat was offering before, is still mediocre and rubbery in comparison. The Abarth is a breath of fresh air for petrol heads on a budget in India, but sadly, there are very few takers for the car.

The Abarth Punto is an extremely capable hatchback with the right mods, as it would make the car feel that much special, which is exactly what it should’ve been in the first place.

Jayem Automotive based in Coimbatore is the brains behind this delight. They have also surprised us in the past with some uber-cool projects and concepts. Jayem did some skunkworks magic to the run-of-the-mill Tiago and has transformed it into a fun little car. The Tiago sprints to the ton mark in under 10 seconds with the help of a 1.2-litre 3-cylinder Revotron engine making 114PS  and 150Nm of torque. It gets better from here though; unlike the usual crop of pretentious hot-hatches in India, the JTP siblings are anything but normal hatchbacks with more power. Jayem has also made revisions to the chassis. Thanks to these, the hatchback now feels more eager to turn into corners and stays flat at high speeds. The steering has been recalibrated, making it quicker, and it also weighs up as the needle climbs. The Tiago JTP eggs you to drive faster and brings a very balanced setup to the table in terms of ride and handling. The cosmetic bits on the car are tastefully done with minor details like the all-black cabin with red accents, different feel on the gear knob and that meaty steering wheel adding up to the sporty guise. The seat height, though, is disappointing as it’s set too high for a hatchback with sporty intentions. The Tiago JTP  keeps on reminding you of its wicked side by letting out pops on the overrun combined with the turbo BOV flutter. But all this acoustic drama is dialed down to level one, making us wish for something that’s more pronounced. The Tiago JTP makes the most sense with its price in the picture. Undercutting all other cars on this list, it really is the befitting example of cheap thrills.

Tata has to be praised for travelling the route less trodden, with the Tiago JTP being a great first attempt. What we want next is the same formula with the addition of one important recipe. Soul.

The Baleno RS was Suzuki’s attempt at a hot hatch. Power comes from a 1.0-litre 3-cylinder Boosterjet engine with 102PS and 150Nm of torque. The engine is adequately peppy for a three-cylinder with torque coming in early, but the top end is what this motor lacks (blame it on the cylinder deficiency). 0-100 takes only 10.52 seconds as it has an impressive power-to-weight ratio of 106bhp-per-tonne. Maruti has robbed the fun by giving it widely spaced gear ratios that also happen to be tall. The Baleno RS lacks in outright numbers but makes up for it with practicality and drivability. The car feels light on its feet but is nowhere as sporty as Maruti wants it to be. There are not many changes to the suspension setup, which is clearly evident from the body roll. In a nutshell, it’s a good, fun little car which aspires to be a hot hatch one day. The addition of disc brakes on all four wheels is a nice touch but the numb steering and soft suspension setup is a huge letdown lending it a synthetic vibe. The RS is similar to the standard  Baleno with subtle changes to the exterior styling. Half-hearted is the word I’m looking for here, and the Baleno RS is, unfortunately, a far cry from being a proper hot hatch.

What bugs me most is the fact that Suzuki can do much better, and while at that thought, how about a Swift RS for India?

The Polo GT TSI is the only car in this list that comes with an automatic gearbox, a pretty good one at it too. The styling and suspension setup is exactly identical to the standard Polo, making it less desirable. The engine, on the other hand, makes 102PS along with 175Nm of torque. The brilliant DSG gearbox coupled with the 1.2 TSI is what shines in this car. Shift speeds are subsequently quick and the 1.2 TSI unit pulls cleanly from as low as 2000rpm to the indicated 6000rpm redline and 100 comes up in 10.61 seconds.  The midrange is also strong, making it a capable performer. Everything except the gearbox and the engine is plain jane. The steering, for instance, provides no feedback. The handling is neutral and body roll is evident, although fairly controlled. High-speed stability is commendable and the build quality is typical of a Volkswagen. The same recipe with some chassis revisions and a bit of verve would have done wonders to the car. Food for thought: Volkswagen with its illustrious motorsport career in India doesn't even have to look elsewhere.

It's a brilliantly capable hatchback which also comes with a fast shifting automatic gearbox but is galaxies away from being a hot hatch.

A lot has changed over the past few years and manufacturers today are leaning towards economy-focussed cars. Cars have become faster over the years, but the involvement and character are missing and disappearing as we speak. The Abarth Punto has its days numbered and meanwhile, manufacturers like Tata is taking an effort to make fun cars, we still have a huge void when it comes to budget-oriented fun cars. All we can do is pray and hope for some fun to drive cars that’ll make us smile on our worst days. A good driver’s car is not about what it does but how it makes you feel when it does that!