Cars We Saw At The 2018 LA Auto Show And Wished We’d Get In India, But Never Did

Before the 2019 LA Auto Show begins, we look at the cars we drooled over and had hoped to see launch in India after last year's LA Auto Show 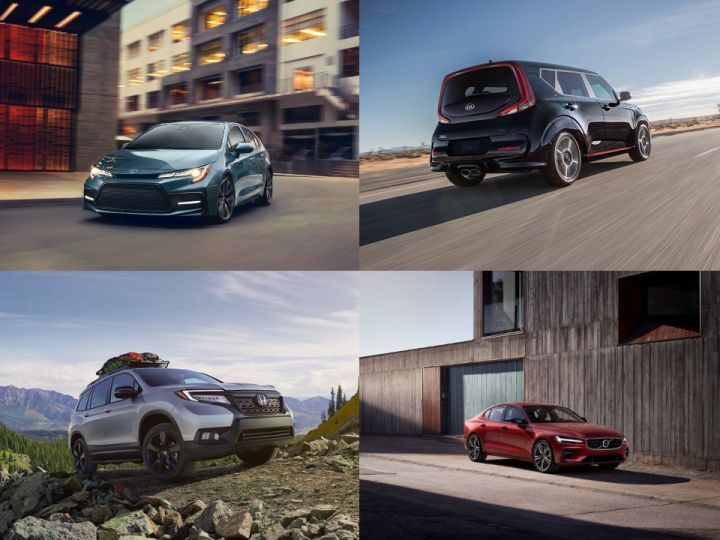 The 2019 LA Auto Show and AutoMobility LA which begin on Tuesday will be big, with nearly 1,000 cars on display and one of the highest number of new car debuts. Despite the suspense and excitement over mystery Hyundais and Kias, we can’t help but think of the cars which, despite the fanfare and good customer response in North America, never made it to our shores. Sure, the Indian market is tricky and ruthless, but our government policies are changing. With new environmental regulations favouring hybrids and electric vehicles, and, for a change, petrol vehicles, our market is ripe for world-market cars. In addition, the 2500-car rule is in place now, so carmakers can experiment with different models before making the commitment to homologate and set up local assembly and manufacturing units. Looking forward to a brighter future, here are all the cars from manufacturers including Toyota, Honda, and Jeep which we didn’t get from the 2018 LA Auto Show:

Kia has one of these on display at the Beat360 centre in Gurugram, Haryana. But when is the Soul coming to India, Kia? Arguably the best-looking iteration of the Soul, the electric version might come to India sometime. But Kia hasn’t announced any of its electrification plans yet, so we don’t know for sure. After a mid-size SUV, the company plans to launch an MPV and then a compact SUV. How about an electric hatch after that, eh Kia?

The Palisade is currently Hyundai’s flagship SUV offering in North America. This full-sizer is bigger than the Tucson (currently the company’s India flagship) and would sit above the Ford Endeavour if launched. It could be offered as a more premium offering over another Korean SUV, the Ssangyong Rexton-based Mahindra Alturas G4. The Palisade, with its suite of driver assistance technologies and active features, could make for an excellent luxury SUV. Another SUV is set to debut this year, and it may find its way to India by 2021.

The CR-V is the king of the hill for Honda SUVs in India, but the company sells bigger SUVs in the US. At the 2018 LA Auto Show, the company revived the Passport name for this car, positioned between the CR-V and Pilot. While it is available as a 5-seater in the US, a 6 or 7-seater variation would make sense for India.

Unveiled at last year’s LAA, the Gladiator pickup immediately caught our fancy. What’s not to like about a pickup truck with removable doors, roof, and a folding windshield? The Gladiator is also a heavyweight off-roader, with not just a locking differential and axles, but a sway bar which electronically disconnects, wider track width, and some of the best off-roading kit the company offers. While we’re at it, what about the cutesy Renegade, Jeep?

Volvo unveiled the new S60 in June last year. It looks like a mini S90 and would make for a worthy competitor to the Audi A4, BMW 3 Series and the Mercedes C-Class. Jaguar’s XE is the only alternative to the German sedans in this segment, and it is soon going to get an update as well. The 2019 S60 takes its luxury lessons from the brilliant S90. We had speculated that the company will launch the car in late 2019, but with 2019 almost over, we’re getting restless.

It’s been a year since the facelifted Corolla appeared at the LAA, but we are still clutching at strings here in India. We could get the car early next year, but there’s no word from Toyota yet. When launched, the Corolla will be a worthy rival to the Honda Civic and Skoda Octavia. For now, we’ll keep our fingers crossed.

Cars We Did Get After The LAA

This is not a tale of remorse. There were a handful of major launches at last year’s show which did make it to India. For one, we did get the last-generation Porsche 911, so we have high hopes for the new one, too. The Gladiator is not on sale outside North America yet, but the 2019 Wrangler made it to our shores just fine in August. The BMW X7 got here in June and has already sold its entire 2019 stock. Launches like these are a testament to how, despite our occasionally confusing automotive policy, India is still an important car market in the world.