Both SUVs are quite fun behind the wheel, but which one is faster and more fuel efficient? 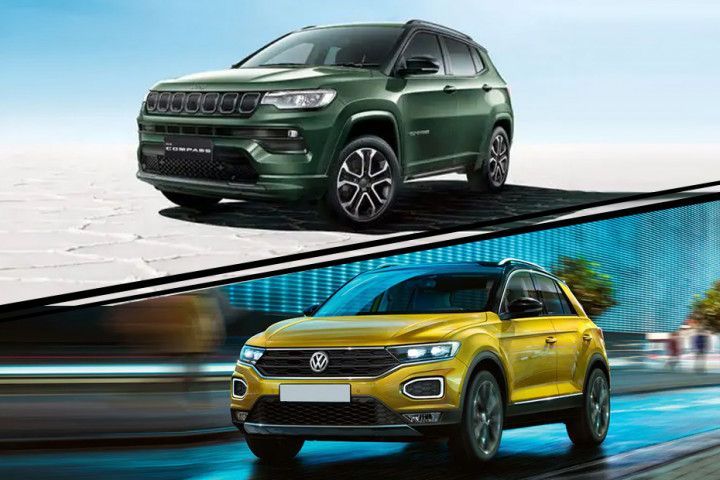 If you’re looking at a petrol-powered premium midsize SUV, you may want to consider the Volkswagen T-ROC or the facelifted Jeep Compass. Both SUVs develop similar power and are fun to drive when you do take the wheel. But which one is faster and more fuel efficient? Let’s find out:

Despite a larger engine, the T-ROC develops 13PS less power than the Jeep Compass. Also, if you want a manual-powered SUV, your choice is limited to the Jeep as the Volkswagen is only offered with a 7-speed DSG. That said, the VW one-ups the Jeep by offering cylinder deactivation technology for additional fuel efficiency.

Thanks to a faster shifting gearbox, the T-ROC managed to slightly edge the Compass in the 0-100kmph run. The T-ROC’s kickdown responses are also faster and the proof can be seen in its 20-80kmph acceleration. That said, the difference is minute and it shouldn’t make much of a difference in the real world.

Thanks to the T-ROC’s cylinder deactivation tech, we managed to eke out an impressive 14.14kmpl from in the city and 19.48kmpl on the highway. These figures are much much better than the Compass’ single-digit fuel efficiency figures.

The Volkswagen T-ROC is offered in a single fully loaded variant, and undercuts the top-spec Compass petrol by nearly Rs 4 lakh. It’s also much faster and frugal than its closest rival. And that’s why the Volkswagen T-ROC wins this test.