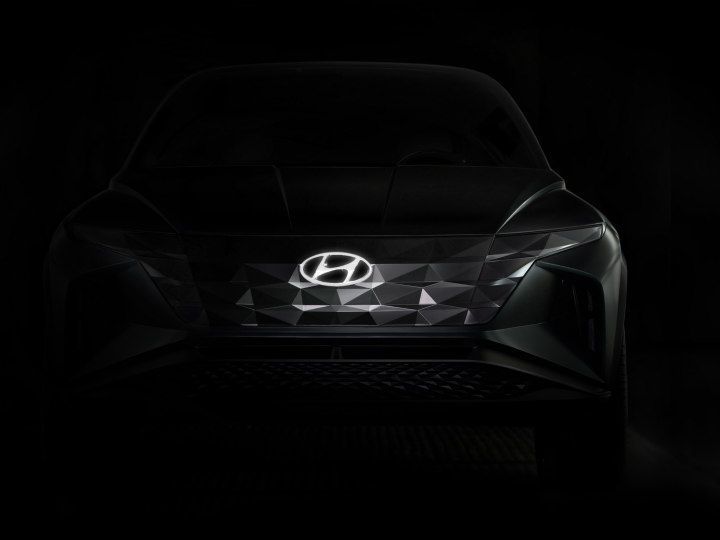 Hyundai has been hard at work preparing the next iteration of the Tucson crossover with test mules spied overseas. And now, with the Los Angeles Auto Show barely a week away from commencing on November 22, the carmaker has dropped a teaser video of a plug-in-hybrid SUV concept that will be showcased there. Judging from the images, this concept could very well be a glimpse of the next-gen Tuscon due to certain similar elements. Aside from the concept SUV, Hyundai is also expected to introduce 4 more unknown models at the LA Auto Show. The carmaker will also have 14 current production models showcased at the show.

The teaser images reveal a sharp and angular design of the concept with a fresh headlight and grille combination derived from the Le Fil Rouge and Grandeur facelift. The teaser video also reveals a parametic air shutter, which is essentially active flaps on the grille for aerodynamics. Other nifty design bits such as squared-off wheel arches and tail lights connected by a lightbar make up the exterior look. Some of these design highlights including the front-end are similar to the spied Tucson prototype.

While Hyundai is yet to reveal the powertrain figures of the concept or the upcoming model, what is common between the two is that they are likely to be hybrid offerings considering the stringent emission norms across India and around the globe. The teaser video also gives us a look at the charging port of the hybrid. The current India-spec Tucson is powered by a 2.0-litre petrol and diesel engine. The petrol unit develops 152PS/192Nm, whereas the diesel unit produces 185PS/400Nm. Both engines are mated to a 6-speed manual or a torque converter with the diesel having an additional all-wheel-drivetrain option.

Expect the Tucson to come with a host of features including Hyundai’s BlueLink connected-car tech, Android Auto and Apple CarPlay, dual-zone climate control, and a premium sound system. Some of the expected safety features are six airbags, ABS with EBD, front and rear parking sensors, electronic stability control and electric parking brake with auto hold.

Hyundai’s next-gen Tucson is expected to debut in international markets by the end of 2020, with an India launch likely in 2021 to take position as Hyundai’s flagship model. Also expect a premium over the current Tucson's  Rs 18.77 lakh to Rs 27 lakh (ex-showroom) price range. When launched, it will rekindle its rivalry with the Jeep Compass and Volkswagen Tiguan.