The 2021 Bentley Bentayga S Claims To Bring Better Handling Prowess To The Table! 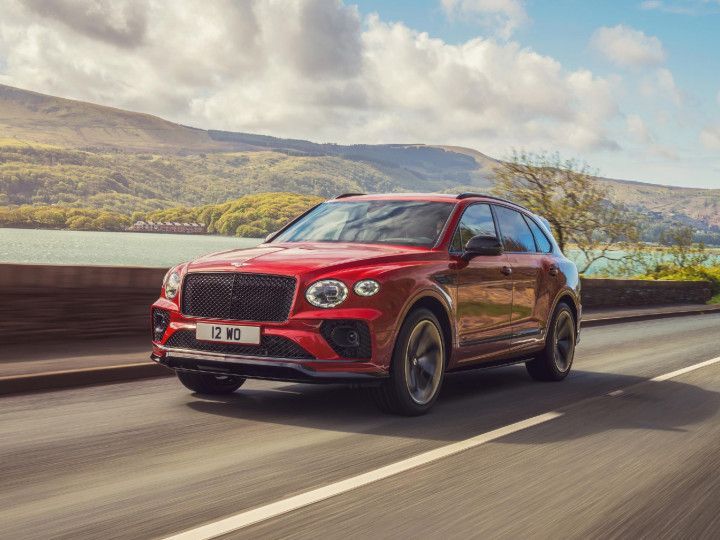 This is the new Bentayga S, which Bentley claims is more agile and dynamically capable than the standard model. But how has Bentley managed to achieve this?

And that’s not  all. While attacking corners, the tweaked torque vectoring system brakes the innermost rear wheel, sharpening the turn-in and cornering abilities.

What remains unchanged, however, is the engine, though it isn’t a bad thing. It continues to utilise the standard model’s 4.0-litre twin-turbo V8 that belts out 550PS and 700Nm to all four wheels. A 48v mild-hybrid system is capable of giving short bursts of up to a whopping 1,300Nm for better acceleration. In fact, the SUV covers 0-100kmph in 4.5 seconds and maxes out at 290kmph.

Accompanying your drive is a sporty soundtrack of the V8, courtesy the new free-flowing exhaust system.

It’s also got the looks to match its performance, especially in this bright red finish, with the blacked-out grille, headlamps and ORVM caps adding a dash of contrast. It also gets some bespoke additions like the new rear spoiler and dual-tone exhausts. Last but not least, the large 5-spoke 22-inch dual-tone alloy wheels look meticulously finished.

The black-red theme continues on the inside of the Bentayga S, giving the interior a sportier ambience. The seats, steering wheel, and the headlining are finished in luxurious Alcantara. Also, the S badging on the seats gives away the fact that you’re sitting in the sportier Bentayga.

The Bentayga S locks horns with super SUVs like the Lamborghini Urus, Audi RSQ8, and the Porsche Cayenne.