The Bentley Bentayga Gets ‘Stretched’

That ‘stretch’ has led to a lot more rear space, as well as the opulence of a luxury airliner with the seating options now onboard 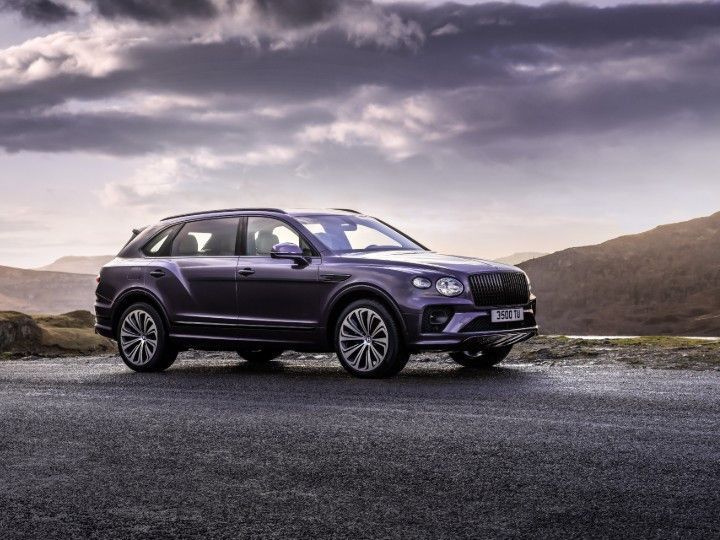 Ever since we said goodbye to the Bentley Mulsanne back in 2020, there hasn’t been a replacement for a flagship Bentley. Fast forward to 2022 and this might be it, in the form of the Bentley Bentayga Extended Wheelbase. As the name suggests, Bentley has given the SUV a loooong stretch.

Bentley is not playing around when it comes to extending the Bentayaga, with its wheelbase being stretched by 180mm. That leaves the Bentayga EWB measuring 5322mm in length, with a wheelbase spanning 3175mm. Even though the overall styling remains largely similar to the standard model, it’s clear to see the extension is all around the rear door. That said, there is a new vertically slatted front grille, 22-inch 10-spoke alloy wheels, and a repositioned panoramic sunroof to give it a distinct identity.

With such an increase in dimensions it comes as no surprise that those seated at the rear legroom rivalling that of a luxury limousine. Surprisingly, it's not offered in a 7-seater layout as Bentley’s offering four, five and a new 4+1 configuration that has a jump seat between the two larger rear seats.

What really gives the Bentayga EWB flagship-like opulence is what the carmaker calls the Airline Seat. Basically, you have a seat that can be adjusted in 22 different ways. In Relax mode, the seat reclines 40 degrees with a leather-wrapped footrest popping out from the back of the front passenger seat to gain even more legroom. Business mode adjusts the seat to a comfortable enough position to get work done while on the road. It also comes with a postural adjustment function to aid seating posture that little bit extra.

Another cool bit in the Bentayga EWB is Seat Auto Climate. Yep, you read that right, it's a new climate control system that detects your temperature and the humidity at the back, and automatically changes to the optimum setup. Aside from this, the extended SUV gets perforated doors, diamond quilting, as well as a cool bit of ambient lighting on the door panels.

Under the hood, the Bentayga EWB soldiers on with the 4-litre twin-turbo V8 petrol engine, making 550PS of power and 770Nm of torque. It can do a 0-100kmph sprint in 4.6 seconds with a top speed of 290kmph. It also gains rear-wheel steering to aid its cornering prowess despite the increased dimensions.

Stretching the Bentley Bentayga was no easy feat as the carmaker claims up to 2,500 new parts had to be engineered to make the Bentayga EWB happen. Back home, the Bentayga retails at over Rs 4 crore (ex-showroom). While there is no word on when this stretched Bentayga will arrive in India, we can expect it by early 2023 at a price premium over the standard model. The standard model takes on the  Rolls Royce Cullinan and the Mercedes-Maybach GLS.