Expect the 2020 variant to get a complete design overhaul 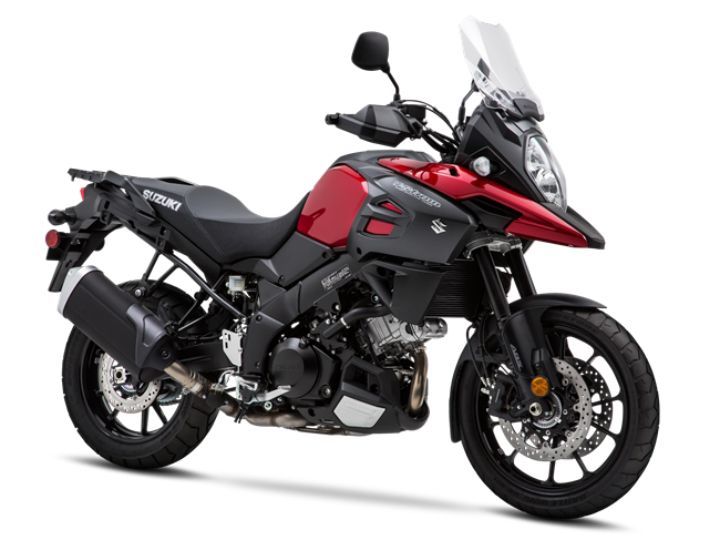 This year’s Tokyo Motor Show might be a bit underwhelming for Suzuki fans as the Japanese bike maker didn’t bring anything that could excite enthusiasts. However, we can expect the manufacturer to make a big splash at the upcoming EICMA motorcycle show going by the teaser it has shared of the 2020 V-Strom, which will make its debut next month. While the V-Strom 650 has received regular updates in the form of a new variant and paint schemes, the 1000cc ADV hasn’t seen a major update for years now. This makes us believe that the motorcycle teased in the 20-second clip could be the 2020 iteration of the V-Strom 1000.

The teaser video shows a new adjustable windscreen and knuckle guards. Besides the new paint scheme, the fuel tank also seems to be redesigned, which kind of resembles the 2019 V-Strom 650. If the bike maker goes for the new design language, expect the 2020 variant to be a bit narrower compared to the current-gen motorcycle.

The short clip also highlights the engine, which gets a new casing hinting at the possibility of the 1037cc liquid-cooled V-Twin being updated to meet the upcoming European emission norms. Whether the updated engine will have a different power output or not is yet to be known. In its current state of tune, this motor belts out 101PS of power and 101Nm of torque. However, don’t think of it as a hardcore variant, because the teaser video reveals that the upcoming model gets road-biased tyres.

What else do we know? Not much. But expect the 2020 Suzuki V-Strom 1000 to come equipped with a slightly updated electronics package such as new rider modes and multi-level traction control. It could also get an all-new TFT display.

Apart from the new V-Strom, there’s no news on the other motorcycles that Suzuki will bring to EICMA. We’ll probably just have to wait for some more teasers.