The Rapid is available in six variants: Rider, Rider Plus, Ambition, Onyx, Style, and Monte Carlo 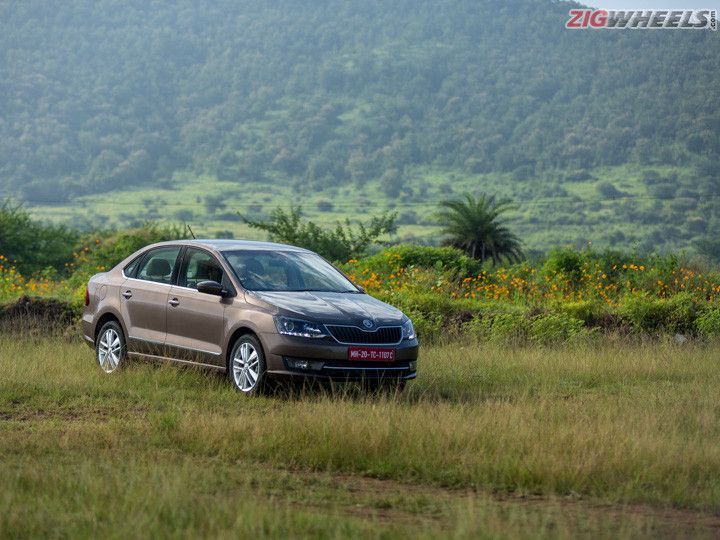 Skoda’s entry-level sedan, the Rapid, has received a few design updates for two of its variants. The Rapid is available in a total of six variants: Rider, Rider Plus, Ambition, Onyx, Style, and Monte Carlo. Of these, the Onyx and Monte Carlo have received cosmetic updates without any change in pricing. Let’s take a look at what’s new.

The mid-spec Onyx variant gets silver ORVMs, new silver split lip spoiler, and a silver strip running along the side of the body, instead of black highlights. The silver touch even extends to the roof, which was earlier offered in the body colour (blue).

Even in the top-spec Monte Carlo variant, the changes are restricted to the exterior. It gets additional lip spoilers on the front (same as the Onyx) and side skirts. The Monte Carlo continues to offer projector headlamps, a rear diffuser, black ORVMs, a gloss back grille, a rear lip spoiler, and dual-tone black-red upholstery.

The Rapid will soon be replaced by a new model, based on VW Group’s heavily localised MQB-A0-IN platform, with multiple updates inside and out. It is expected to be revealed by Diwali 2021, but there might be some delay due to the ongoing pandemic, like in the case of the fourth-gen Octavia.

It currently retails from Rs 7.79 lakh to Rs 13.29 lakh (ex-showroom). The sedan competes with the likes of the Toyota Yaris, Maruti Suzuki Ciaz, Hyundai Verna, Volkswagen Vento, and Honda City.