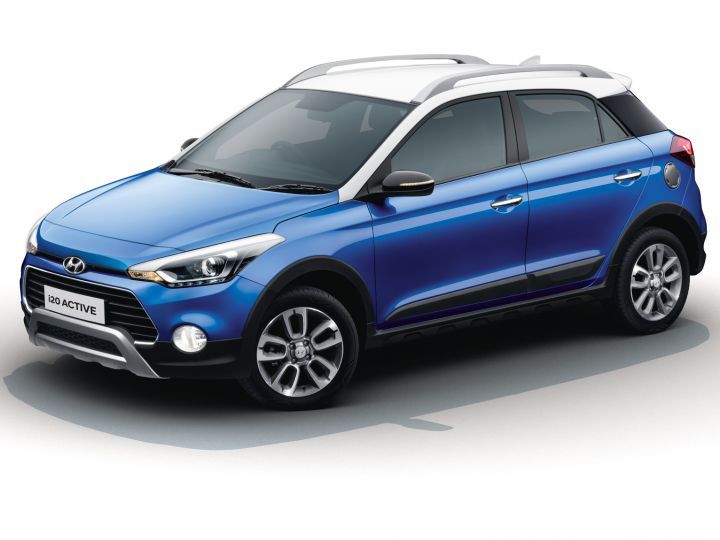 Hyundai India is currently riding a wave of success thanks to the Grand i10 Nios and the Venue. The latter has even achieved a staggering 75,000 bookings in just four months, which is quite impressive given the current state of the automotive industry. Meanwhile, Hyundai’s premium hatchback, the Elite i20, is one of the most sought after models in its segment. But the reality is that the i20 is starting to show its age. More so when you consider the fact that Honda is set to take the wraps off the 2020 Honda Jazz at the 2019 Tokyo Motor Show. Enter the new Hyundai i20 Active which has just been spied in India.

Hyundai has begun developing the next-gen i20 and the upcoming model was spied on test in Europe recently. What’s more, the next-gen model in its Active guise has been spied closer to home in New Delhi too! The 2020 model is speculated to come with a BS6-compliant 1.0-litre T-GDI engine from the Venue as well.

The test mule seen here could be the i20 Active as it appears to be wider and taller than the standard model. Upon closer inspection, we could notice a skid plate on the bumper, suggesting that this could indeed be the more rugged variant. While the test mule spotted here was wearing heavy camouflage, we could make out revised styling bits such as new LED tail lamps and a repositioned number plate. While the front-end and profile of the cross-hatchback hasn’t been spied yet, we expect it to be similar to the test mule spotted in Europe.

Just like other Hyundai hatchbacks, the next-gen i20 Active is expected to come with a premium interior.  The carmaker could raise the bar in terms of features and equip the hatchback with BlueLink connected-car technology, cruise control, LED headlamps with DRLs as well as a wireless phone charger. Apart from that, the touchscreen infotainment system with Android Auto and Apple CarPlay, climate control, keyless entry with push button start as well an auto dimming IRVM are likely to be carried over.

Under the hood, the i20 Active is expected to come with the Seltos’ BS6-compliant 1.5-litre CRDi engine as Hyundai will discontinue the 1.4-litre CRDI unit post April 2020. That said, we expect it to be detuned when compared to the Seltos’ power output of 115PS and 250Nm. The i20 is also expected to borrow the Venue’s 125PS 1.0-litre T-GDI engine, albeit in its BS6 avatar. And it could get the  BS6-compliant 1.2-litre engine from the Grand i10 Nios that develops 83PS and 114Nm as well.

The next-gen Hyundai i20 Active is expected to be showcased at the 2020 Auto Expo and is likely to be launched by mid 2020. Naturally, expect prices to go up over the current model, which is priced from Rs 7.74 lakh (ex-showroom). When launched, the next-gen i20 will rival the Maruti Suzuki Baleno, Toyota Glanza, VW Polo, the 2020 Honda Jazz and the upcoming Tata Altroz.

More on Hyundai i20 Active