2020 Hyundai i20 Spied Testing In Europe With New Design

Will be the third iteration of the i20 hatchback 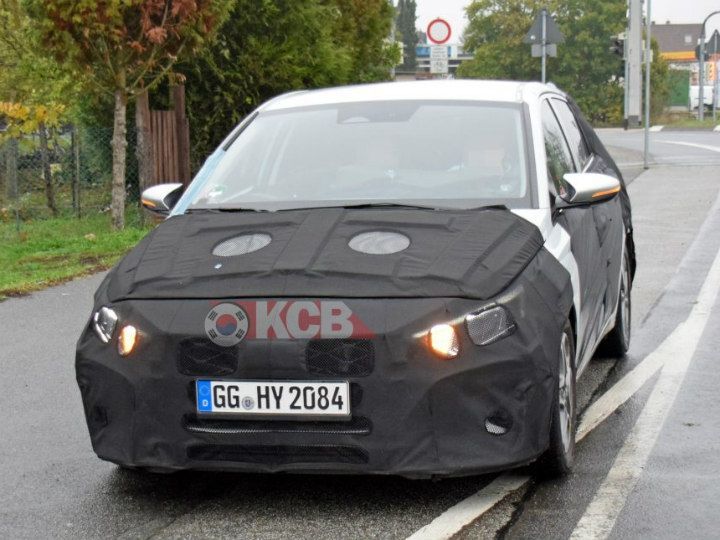 Hyundai has been testing the third-gen i20 hatchback globally, and a new batch of spy shots from Europe have emerged. Compared to previous spy shots where the hatchback was heavily camouflaged, the new ones reveal a lot more about the car.

Starting from the front, the next gen i20 sports a design trend similar to the latest Hyundai cars like the Sonata, with a wider and sharper front grille. Its headlights are separate from the grille and get a swept-back design. While the test unit pictured has halogen projector fog lamps, the India-spec i20 is expected to get LED projector fog lamps.

At the rear, despite heavy camouflage, we can see that the next-gen Hyundai i20 is likely to get smaller LED tail lights. Rear images also show that the positioning of the license plate will go back to the rear bumper as compared to the Elite i20 facelift’s bootlid-mounted design. Interior photos or details haven’t been revealed yet, but we can expect the new i20 to be loaded to the gills with features, including Hyundai’s new Blue Link connected car tech which debuted on the Venue.

Under the hood, the new i20 is expected to continue with the 1.2-litre 83PS/114Nm petrol as well as the 1.4-litre 90PS/219Nm diesel engines from the current gen i20. It is expected to get a 1.0-litre turbocharged petrol engine like the Hyundai Venue. The Elite i20 comes with a 5-speed manual or a CVT gearbox option for the petrol variant and a 6-speed manual exclusively for the diesel variant. We can expect the next-gen i20 to feature the same combo. It will be interesting to see if Hyundai decides to offer the 1.0-litre turbo-petrol engine along with a DCT, like it does on the Venue, when the new i20 is launched in India.

The next-gen Hyundai i20 is expected to launch by mid-2020. The current gen i20 is priced between Rs 5.50 lakh to Rs 9.32 lakh (ex-showroom India). The next-gen i20 is expected to be priced at a premium over its predecessor due to its updated features. Once launched, the i20 will take on the likes of the Maruti Suzuki Baleno, Toyota Glanza, Honda Jazz, Volkswagen Polo and Tata’s upcoming Altroz.