The 2020 Honda City Shows Off Its Silhouette In India 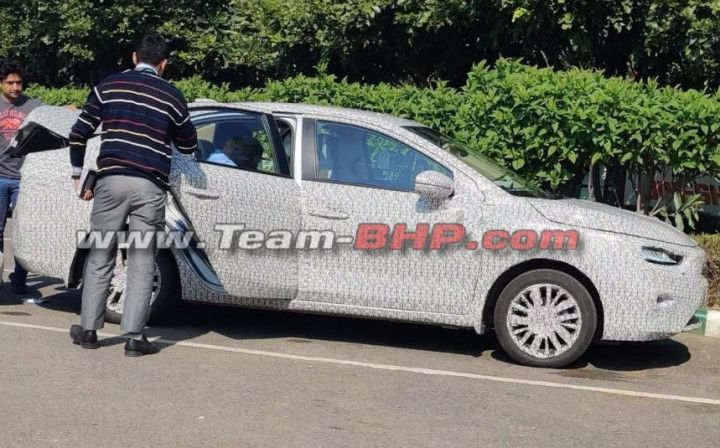 The 2020 Honda City sedan has been spied testing in India yet again ahead of its official debut in mid 2020. It will be the fifth generation update for Honda’s bread and butter model in India. Honda took the wraps off the global-spec 2020 City in Bangkok, Thailand late last month. It is larger than the existing model and will come with BS6 compliant petrol and diesel engine options. Its primary rivals include the Maruti Ciaz and Hyundai Verna. The latter recently received a facelift and is expected to come here by April 2020.

The latest spy shots of the 2020 Honda City reveal a similar silhouette to the existing car. That said, there are certain styling revisions to distinguish it from the existing model. For starters, the hood is more upright, the front overhang is longer and the sleek LED headlamps look identical to the Civic. In profile, the 2020 City comes with an identical glass area and new alloy wheels. At the rear, it comes with sleek split-LED tail lamps and a revised tailgate.

The interior of the 2020 Honda City is still under wraps. We expect it to be identical to the Thai-spec model which comes with a minimalistic dashboard. Expected features include an 8-inch infotainment system, connected car technology, Android Auto and Apple CarPlay, climate control, cruise control, a multi-info display and keyless entry with push button start.

Under the hood, the India-spec Honda City is likely to come with the existing 1.5-litre i-DTEC and i-VTEC engines, albeit with upgrades to meet BS6 emission norms. Currently, the diesel engine develops 100PS and 200Nm while the petrol engine puts out 119PS and 145Nm. It’s also likely that Honda could slap on a mild-hybrid system on the petrol engine for torque boost. Like the current-gen Amaze, the new City diesel could also be offered with a CVT. Meanwhile, the 1.0-litre turbo engine offered in the Thai-spec City might not make its way to India.

When launched, expect the new City to command a premium over the current model which is priced from Rs 9.81 lakh (ex-showroom). It’ll renew its rivalry with the Volkswagen Vento, Skoda Rapid, Hyundai Verna and Maruti Suzuki Ciaz.