Honda Keeps Us On Our Toes With This 2020 City Teaser 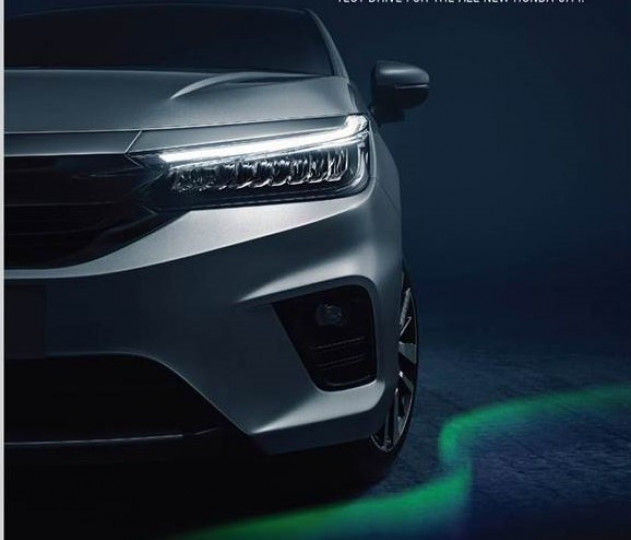 Honda has teased the upcoming 2020 City ahead of its debut on March 16. Honda has used an image to tease the much-anticipated sedan. The image in question reveals a part of the front end that shows the headlamp and bumper design. When launched, the next-gen City will rekindle its rivalry with the Volkswagen Vento, Skoda Rapid, Hyundai Verna and Maruti Suzuki Ciaz.

The teaser image is of the City that was launched in Thailand on November 25 last year. The sedan that is headed to India will be more or less similar to the Thai version. Upon closer look, one can also figure out that the car in the teaser is actually the City RS with the 1.0-litre VTEC turbo-petrol engine.

The 2020 City will be underpinned by an all-new platform. It is expected to retain the existing 1.5-litre i-DTEC and i-VTEC engines, although with updates to make them comply with the upcoming BS6 emission norms. At present, the diesel engine puts out 100PS and 200Nm and the petrol develops 119PS and 145Nm. In other news, Honda has already updated the 1.5-litre petrol engine, making it BS6-compliant.

There’s a chance that Honda may introduce a mild-hybrid system with the 1.5-litre petrol engine. Transmission options are likely to be the existing 5-speed manual and a CVT. The new 1.0-litre turbo petrol, which is highly unlikely to be offered here, churns out a healthy 122PS and 173Nm.

With all the major changes in place, a completely novel cabin design and layout, and feature updates, expect the 2020 City to attract a premium over its current iteration which retails from Rs 9.81 lakh (ex-showroom).