When the best-selling Mercedes SUV is due for an update, you know the game will be kicked up a notch. 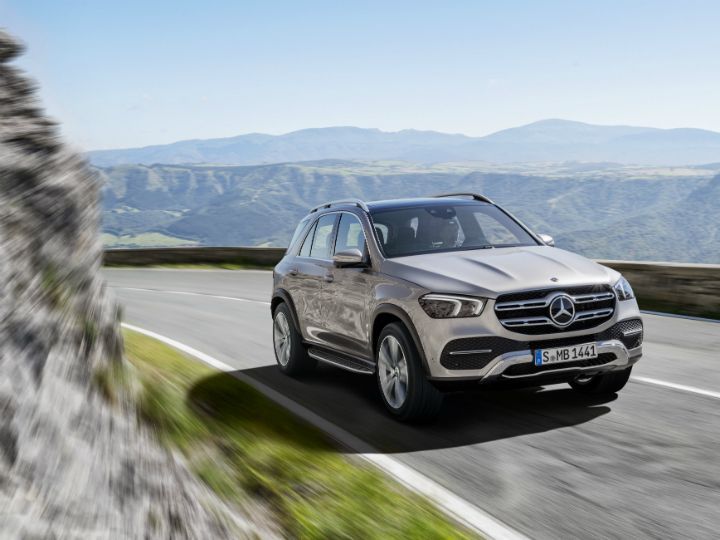 Twenty lakh. That's how many units Mercedes-Benz has moved of this big luxury barge ever since it debuted in 1997 as the M-Class. Over the years, it was popularly referred to as the ML, whereas in 2015, the manufacturer chose to place it in the E-Class family by christening it the GLE.

And now there's a new one that promises to be better in every single way. That begins, unsurprisingly, with the way it looks. Of course, Mercedes-Benz hasn't reinvented the wheel here. But there's purpose to the redesign as well. The drag coefficient, for example, has been brought down to 0.29 compared to 0.32 of the outgoing generation. To make this happen, Mercedes-Benz has optimised the positioning of the wing mirrors, added wheel spoilers ahead of the rear wheels and even added 'spoiler lips’ on the rear lights.

Overall, the new GLE looks like an E-Class sedan that hit the gym with a vengeance. You see the family look filtering through in the way the headlamps and the grille are designed. The headlamps, as expected, are Multibeam LED units that have a reach of 650 metres. Over to the side, you'd find THE defining design trait of the ML/GLE - where the C-pillar seemingly 'flows’ downwards towards the rear lamps. In global markets, you get a choice of alloy wheels ranging from 18- to 22-inches.

From the rear, the design has been fine-tuned with sharper looking tail lamps while retaining the trademark wraparound design for the windshield. Sadly, the spare wheel hasn't returned to its rightful place on the hatch door. But, we're willing to make peace with that.

Inside, Mercedes-Benz has pulled out all the stops. The cabin is as swanky as it ever will be in a GLE, which till date tilted on the side of utilitarian luxury. The design theme brings it on par with newer products in the range such as the new A-Class sedan. Since this is an SUV, the dash is set high and it envelopes Merc’s new 'MBUX’ interface. This consists of two 12.3-inch screens for the instrument cluster and the infotainment, respectively. We like how the dash flows into the door pad, making the cabin look wider than it is. There's attention to detail here too, all the control buttons have been redesigned. Much like the switches in the S-Class, these too appear to have been milled from a single solid block of aluminium. Finally, there's the new 'Sport’ steering wheel that looks more in tune with the times.

There's some interesting tech here too, in the form of the 'Energizing Seat Kinetics’. This makes minor adjustments to the seat back (as and when the occupants change their seating position) to ensure maximum support. It also features a new 'Coach’ function that draws data such as stress level and quality of sleep from a Garmin fitness device and recommends a massage programme to counter fatigue.

What's more, there's an added dose of space inside the cabin as well. Mercedes-Benz claims that the legroom in the second row has gone up by 69mm, whereas there's a 33mm improvement in headroom. In its standard configuration, the GLE is available as a seven seater (2+2+3). However, there's a new six seater variant on offer that gives you six fully electric captain seats in all three rows. And yes, in case you're wondering, the controls for the electric seats are placed on the door panel and not on the side.

In the bench seat version, the rear seats split in a 40:20:40 ratio and can be flipped down electrically. Boot space is rated at 825 litres with the third row folded, and a whopping 2,055 litres should you choose to tuck the second row away as well. And if you find the loading lip a bit too high, the air suspension will happily drop the height by 40mm. That way you won't have to work that lower back.

Under the bonnet is a brand new inline-six engine that develops 367PS of power and 500Nm of torque. This is paired with an electric motor that can chip in with an additional 22PS and 250Nm. All of this go-fast juice is sent to all four wheels via Merc’s 9-speed automatic transmission and 4MATIC all-wheel drive. For everyday usage, the 4MATIC will split the torque in a 50:50 manner and brake individual wheels if there's a loss of traction. For off-road use, the transfer case can send 100 per cent of the power to either axle to ensure you get out of sticky situations. Mercedes-Benz says other engines, including diesels and plug-in hybrid versions, will be offered with the GLE in due time.

As you'd expect, Mercedes-Benz has thrown in a bucketful of driver assistance systems. This includes - take a deep breath -

Lots of ‘active’ this and ‘assist’ that in the list, eh? And the tech doesn't stop there. It also gets something called 'Active Tailback Assist’ that does the annoying crawling in traffic bit for you.

Mixing tech and mechanics in equal measure is the E-Active Body Control. The air suspension setup is paired with the car's 48V electric system. As a result, spring and damping forces can be controlled for individual wheels negating body roll, pitch and squat. Pretty sweet!

It's a given Mercedes-Benz will bring this SUV to our shores. We're expecting a launch early next year with prices ranging between Rs 75 lakh and Rs 85 lakh. The SUV will lock horns with the Audi Q7 and the BMW X5.

What's your take on the new gen GLE? Let us know in the comments section below!

Recommended Variant : GLE 250 d
Was this article helpful Yes No
Sorry about that