While the complete SmartSense safety suite may not be offered in India, the redesigned Elantra is sure to turn heads and trouble contenders come 2019 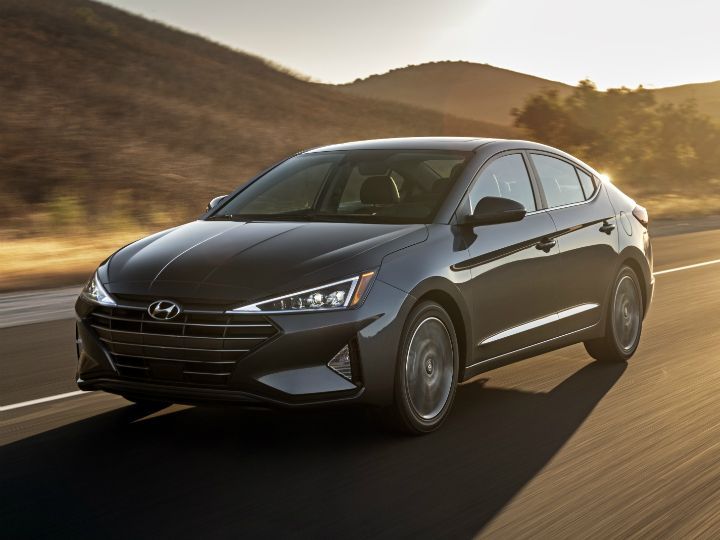 The 2019 Hyundai Elantra facelift has been officially revealed and boy does it look sharp! Under the new design leadership of Luc Donckerwolke, Hyundai is throwing away the sober Fluidic 2.0 design language and adopting a more striking and memorable one. The Elantra is the first car to feature this new trend and it remains to be seen if people will take a liking to it. But what Hyundai is harping on about is how much safer the new Elantra is.

As was observed earlier, the Hyundai Elantra gets major redesigns all around. At the front, the bonnet swoops down aggressively with body lines enhancing that feeling. Also adding to the angular look are the gaping cascading grille, the triangular headlamps and fog lamps along with a number of cuts and creases.

The rear gets wide lamps like before. However, they have been redesigned ever so slightly to look sleeker, while the new lightning-shaped guide lights look striking. The number plate has been moved from the boot lid to the bumper, while the bootlip has been made more aggressive. All these design elements combine to make the Elantra look less ‘heavy’ at the rear and match the sleekness seen up front.

The side profile is where the Elantra remains more or less like its predecessor. Incredibly, Hyundai has been able to make the Elantra look shorter than before by just adding some nifty touches to the overall design, including the larger 17-inch alloy wheels.

Inside, the changes are less radical but no less interesting. The design is more ‘layered’ now, with more elements added around even the most mundane of parts to bring more depth to the dashboard.

The steering wheel remains a three-spoke unit but features an angular design with AMG-like twin-blade bottom spoke. The A/C vents have the same shape but get multi-colour elements inside and new surrounds which add character. The instrument cluster is now bolder with more in-your-face graphics and a red background. The storage bin under the redesigned climate control console now gets a Qi-enabled wireless charging pad in certain variants.

In the US, the Hyundai Elantra is offered with a total of three petrol engines - a turbocharged 1.4-litre, a turbocharged 1.6-litre (in the Sport trim) and a 2.0-litre unit. In India, Hyundai is expected to continue with the 2.0-litre, 4-cylinder 152PS/192Nm petrol and the 1.6-litre, 128PS/260Nm turbo-diesel engines.

Most importantly, the Elantra now gets Hyundai’s new SmartSense safety suite. This adds active safety and convenience features such as forward collision-avoidance assist, lane keep assist, driver attention assist and safe exit assist. Automatic emergency braking and forward collision warning are already reducing collisions in many markets worldwide and the addition of an automatic collision-avoidance system (which can turn the front wheels) should make driving even safer. The safe exit function warns passengers of a car approaching from behind, possibly helping avoid door-bending incidents.

The collision-avoidance system on the new Elantra is a camera-based unit which should make it less expensive than radar-based units on cars like the Volvo XC40. This opens up the possibility of the system being offered in India, but we are not holding our breaths in anticipation. The Elantra in the US is also offered with a radar-based collision avoidance system on the top-of-the-line ‘Limited’ trim, along with blind-spot collision warning and rear cross-traffic alert.

What do you think of the 2019 Hyundai Elantra, let us know in the comments below!