Maruti’s flagship sedan gets a shot in the arm with new features, and more importantly, a new engine 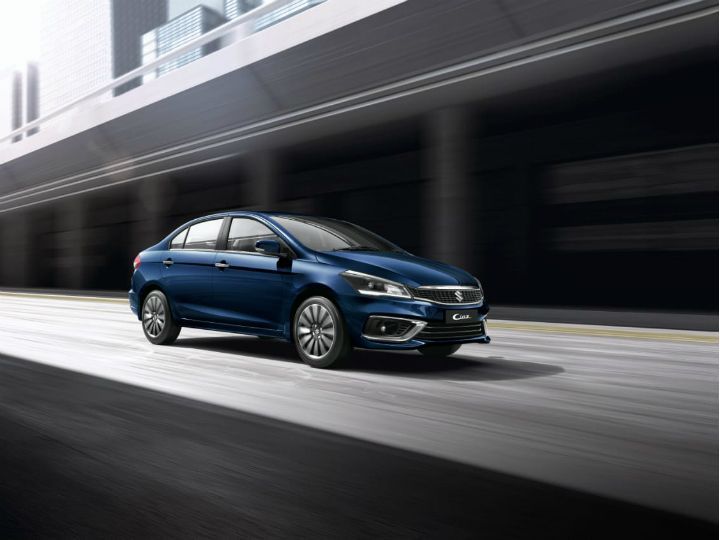 Maruti Suzuki has announced prices of the 2018 Ciaz facelift. Here’s a quick look at the price, and how it stacks up against the outgoing version:

Now that we’ve got the prices out of the way, let’s take a look at what’s new. Considering the horde of spy shots and leaks on the internet, practically nothing here is new information. Here’s a quick roundup.

The biggest change for the Ciaz comes under the hood of the petrol variant. Gone is the old (and lethargic) 1.4-litre engine. In its place is a brand new 1.5-litre motor that develops 105PS of power, and 138Nm of torque. Transmission options for the petrol engine continue to be the same old 5-speed manual, and a 4-speed torque converter automatic. What’s new, though, is SHVS! Yep, the Ciaz is the first Maruti Suzuki product to offer mild-hybrid tech with both engine options. Paired with an integrated starter generator, and auto start-stop tech, the Ciaz petrol is considerably more frugal while sipping fuel. ARAI-certified fuel efficiency stands at a whopping 21.56kmpl (MT) and 20.28kmpl (AT).

Diesel, you say? Bit of a bummer here since the Ciaz doesn’t get the rumoured 1.5-litre diesel motor. The good ol’ 1.3-litre DDiS200 engine soldiers on unchanged, with 90PS of power and 200Nm of torque on tap. If you pick the diesel, you don’t get the choice of an auto ’box either. Just a 5-speed manual.

...there’s not much new to speak of. The layout of the dash remains clean, and likeable. Updates come in the form of a different finish to the faux-wood inserts, and a new coloured MID. Other features such as a leather-wrapped steering wheel, 7.0-inch touchscreen (with Android Auto/Apple CarPlay), automatic climate control, rear AC vents, and steering-mounted audio/call controls have been carried over. Speaking of the steering, there’s a new button there. A button India quite likes — cruise control!

...the Ciaz has a new identity. Especially if you view it head on. The top-spec Alpha model now gets all-LED projector headlamps, which look the business. Other trims feature the old projector headlamp setup. But, what really makes the facelift standout, is the new grille. It now connects the headlamps, and is complemented by the new bumper. We think the use of chrome is tasteful, even though it reminds us a wee bit of Tata’s signature humanity line. Also new are the LED fog lamps, LED taillamps and 16-inch alloy wheels for the Alpha trim.

Quite a few heavy hitters. The new Ciaz will square off against the likes of the Honda City, Hyundai Verna, Toyota Yaris, Volkswagen Vento and the Skoda Rapid.