The sub-4m sedan is expected to pack a touchscreen infotainment system! 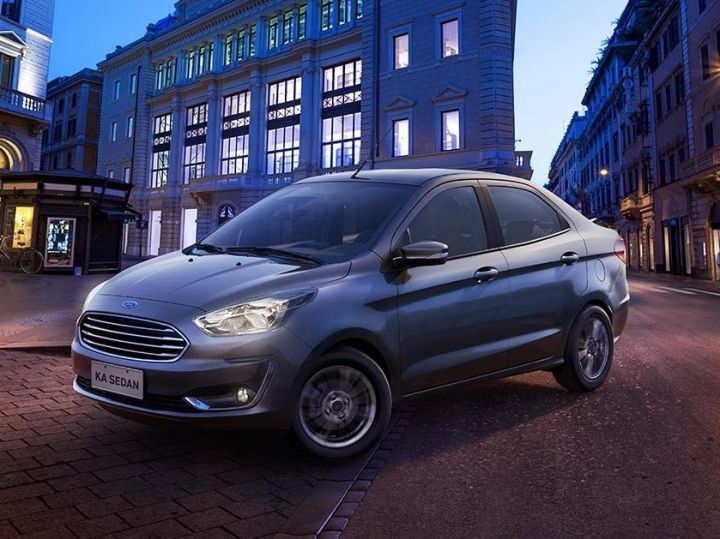 After South Africa and Brazil, it’s now our turn to get the 2018 Ford Aspire facelift. The carmaker has confirmed that the sub-4m sedan version of the Figo hatchback will make its Indian debut on 4 October, 2018. Here's what we know so far

The 2018 Aspire is expected to borrow design cues from the Ford Freestyle. This includes a redesigned front bumper with chrome inserts and a revised grille with horizontal chrome slats. While the overall shape of the headlamp is expected to remain the same, it might get a revised layout similar to the one seen on the Freestyle. At the rear, the bumper is expected to sport a dual-tone theme with chrome elements at the bottom. And while the profile of the tail lamps will remain unchanged, the internal detailing could see some changes.

On the inside, the dashboard will now look similar to that of the Freestyle and is expected to pack the same 6.5-inch SYNC3 system from the crossover. Apart from Bluetooth connectivity, this unit supports both Android Auto and Apple CarPlay too. While this might be reserved for the top-spec Titanium+ variant, the lower variants (with the exception of the base variant) are expected to feature a basic touchscreen system. Other features that are likely to be carried over from the Freestyle include cruise control, automatic headlamps and rain-sensing wipers.

The top-spec variant of 2018 Aspire is expected to be offered with curtain airbags, ESP, hill launch assist and traction control, while the lower variants could get dual front airbags, ABS with EBD, Isofix child seat anchors and rear parking sensors as standard.

From the spy shots, it looks like the new Aspire might feature a new set of 15-inch multi-spoke alloy wheels when compared to 14-inch units seen on its predecessor. The larger wheels could be offered with the fatter 195/55-section rubber seen on the Freestyle.

The facelift will most likely be powered by the new 1.2-litre Ti-VCT, 3-cylinder petrol engine (96PS/120Nm) paired with the 5-speed MT, both of which made their debut with the Freestyle. This will replace the older 1.2-litre 88PS motor seen in the outgoing version. Diesel variants, however, will continue to be powered by the same 1.5-litre, 4-cylinder unit that puts out 100PS of power and 215Nm of torque. It will be paired with a 5-speed MT.

It remains to be seen if Ford will equip the Aspire with the new 1.5-litre, 3-cylinder petrol engine with a 6-speed torque converter automatic seen on the EcoSport. If not, we expect the carmaker to offer the 1.2-litre petrol engine with an auto ‘box.

The facelift is expected to priced at par with the outgoing model, which is priced between Rs 5.81 lakh and Rs 8.78 lakh (ex-showroom Delhi). When launched, it will go up against the Maruti Suzuki Dzire, Honda Amaze and the Volkswagen Ameo.