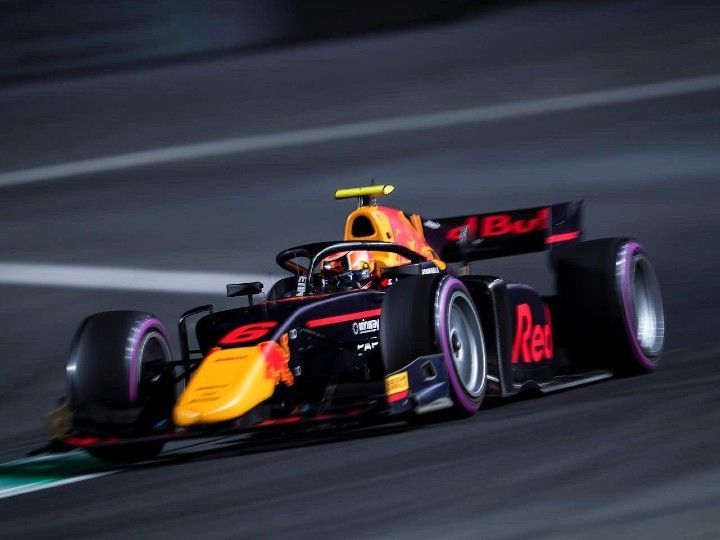 Seems like luck wasn’t on Jehan Daruvala’s side, as two penalty-ridden sprint races left the Indian driver in 10th and 14th positions in the seventh round of the 2021 FIA Formula 2 World Championship at Jeddah. His teammate Dan Ticktum managed to finish seventh and fourth respectively.

Starting 11th on the grid for Sprint Race 1, sure the Indian driver didn't gain places off the line, but made some opportunistic moves at the end of the first safety car period to climb up to ninth place. From then on, Daruvala was locked in an intense battle for fifth place with plenty of wheel-to-wheel action and some close calls.

But the moment of his race came at the end of the final safety car period, pulling off a sensational double overtake on Oscar Piastri and Chritian Lundgaard for sixth. Thanks to Robert Shwartzman’s five-second time penalty, Daruvala inherited fifth position at the chequered flag. It would have been a great recovery for the Indian driver, but a five-second time penalty incurred for an incident with teammate Dan Ticktum dropped him down to 10th position.

Fortunately, thanks to Formula 2’s top 10 reverse grid rules kicking in for the second sprint race, Daruvala lined up in pole position. The Indian driver went off the line well and put up a solid defence for the lead for most of the race. But Oscar Piastri got the better of him towards the end of the race, with the Indian driver settling for second place at the chequered flag. Unfortunately, Daruvala was once again hit with a five-second post-race time penalty for cutting the track and gaining an advantage while defending for the lead against Piastri. And with the race ending under the safety car and bunching the field up, Daruvala dropped all the way down to 14th in the end.

Overall, a very unlucky turn of events for what should have been strong results on paper. There’s still Sunday’s feature race for Daruvala to end the penultimate round of the season on a positive note. But he has some ground to make up, starting 11th on the grid. The feature race will commence at 7:50pm (IST). All races will be broadcast on EuroSport.