Here Are The Top Fuel Efficient Cars We Tested In 2021

With diesel being given lesser priority by carmakers, we tested more petrol cars this year. Does that mean they are still less fuel efficient? 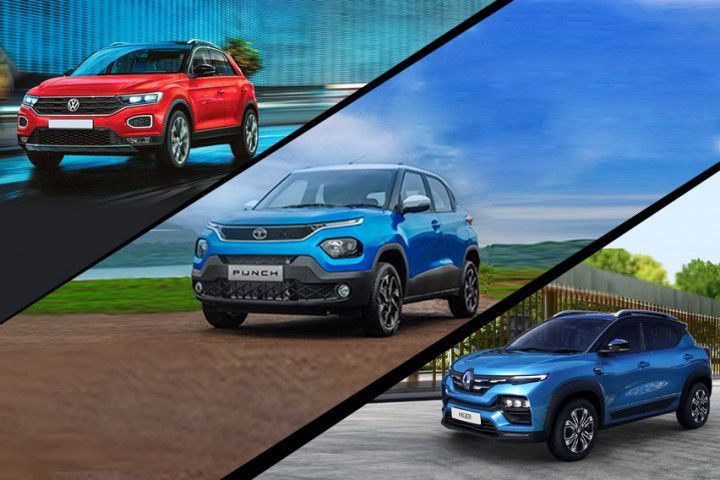 ‘Kitna Deti Hai?’ is one important factor almost everyone considers before putting down their hard-earned money while buying a car. And while manufacturers do get their cars tested for fuel efficiency by the Automotive Research Association of India (ARAI), the claimed numbers are always higher than the ones in the real world.

We drove plenty of cars in 2021 and here’s a list of top five fuel efficient models we tested in the city and highway. Mind you, these are driven the way as you or I would. Fill a tank full of fuel, switch on the AC, listen to some good music on the move, and forget it until it’s time to refuel time. The cycle is 110km for highways and 50km for city. Then, fill the tank to the brim and will get the result by doing math by the kilometres done.

The Tata Punch manual was able to manage 13.86 kilometres to the litre, and was the fifth most fuel-efficient model we tested in the city. We reckon the Tata would have been able to do much better if the engine’s low-end response was less lethargic, and more torquey.

The Volkswagen T-ROC is a surprise here given its powerful 150PS 1.5-litre turbo-petrol engine. But, the clever cylinder deactivation tech shuts down two of the four cylinders while cruising and is really effective in town despite it being a fast machine on the highway.

The AMT variant of the Punch comes third on the list. Sure, the powertrain might be lacking poke on the highway, but with a relatively smooth throttle and letting the AMT do its thing, the Punch AMT managed to return 14.42kmpl, around 0.6kmpl better than the manual.

The Kiger is offered with both naturally aspirated and turbocharged 1-litre petrol engines, and it’s the latter that made it to this list. We managed to eke out a decent 15.33kmpl from the manual-equipped sub-compact SUV. It can be really quick when you want it to, and also fuel efficient when you are looking for some efficient driving.

The Bolero is surprisingly the only small diesel-powered model, and rightfully, is the most fuel efficient model we tested in the urban jungle in 2021. It just goes to show that petrol powertrains have improved in leaps and bounds when it comes to fuel efficiency.

CVT-equipped models are known to be quite fuel efficient as the ‘box keeps the revs low when you’re on a light throttle. We managed to extract 18.34 kilometres to the litre in the Magnite, which is the fifth most fuel-efficient model under this category.

A powerful SUV and a slushbox is not the perfect recipe to extract fuel efficiency. But the C5 Aircross’ 177PS 2-litre diesel engine and 8-speed automatic transmission proves that wrong as it returned 18.61kmpl on the expressway. Its effortless cruising manners at low revs are to be credited here.

The Renault Kiger’s 1-litre naturally aspirated petrol engine might need more effort to get it going in town. On the open road, though, the relaxed nature of the powertrain means it does sip fuel much more gently, therefore, returning a decent 19 kmpl.

A tall fifth gear and fuel efficient nature of the Kiger’s turbo-petrol engine means it can actually return decent fuel efficiency on the open road as well. With a light right foot, the sub-compact SUV actually managed to come second with an impressive fuel efficiency of 19kmpl.

The Volkswagen T-ROC aces this category with a stellar fuel economy of 19.48kmpl. Sure, it has so much grunt that it can do high speeds all day long. But when you wind things down, cruise at a 100kmph, the cylinder deactivation tech comes to the party, resulting in improved fuel economy.

These are the models that topped the list over the course of the year when it comes to fuel efficiency. Which car do you own and how much have you managed to extract from it? We would like to know in the comments below.