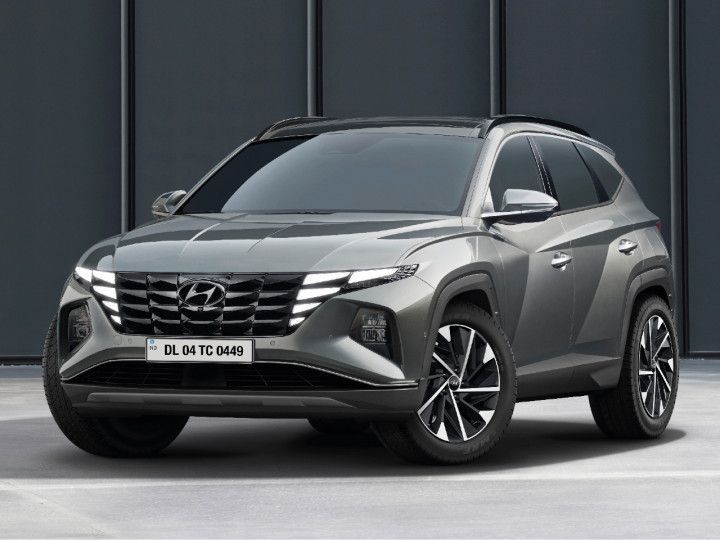 A very busy Friday, indeed. But after Mahindra surprised us with the Scorpio N, Hyundai has announced the 2022 Tucson is on its way to India. Internationally, this SUV broke cover in September 2020 and is slated for a market launch in India in the second half of 2022.

The Tucson is one of Hyundai’s popular selling models and goes up against cars like the Jeep Compass, Volkswagen Tiguan, and Citroen C5 Aircross in India. The premium midsize SUV debuts Hyundai’s latest parametric design language, an evolution of the carmaker’s Sensous Sportiness theme applied in models like the Creta.

So the design elements are familiar, but way sharper and sportier. A large front grille dominates the front-end with vertically stacked DRLs, flanked by the sharply cut LED headlights, giving the front-end a bold look.

It’s on the side where the SUV looks the sportiest thanks to plenty of sharp lines and creases splashed across the body. Complementing that nicely are the large dual-tone alloys which nicely fill the squared out wheel arches. The rear-end is another bold approach by Hyundai with the snake fang themed LED tail lamps. Like it or not? Let us know in the comments.

Inside, the new Tucson looks properly modern with its minimalist theme. You can see a tinge of Mercedes in the position of the digital driver’s display, while the steering wheel is a more premium approach of the Creta’s. The wrap around dashboard design also has faux AC vents similar to Audis. And the touch-operated central console has separate interfaces for the touchscreen infotainment system and AC controls.

Hyundai hasn’t yet confirmed the Tucson’s engine options. Internationally, the premium midsize SUV gets diesel, petrol, and plug-in hybrid powertrain options. In India, we expect the SUV to be offered with diesel and petrol options initially.

The new Tucson will be Hyundai’s flagship model in India and is expected to be priced around Rs 25 lakh.